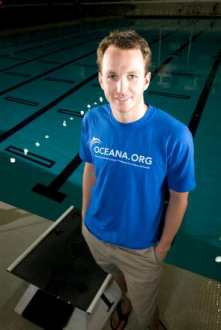 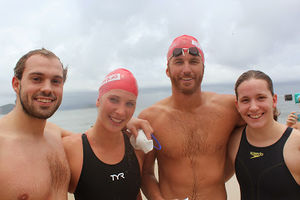 Xavier Desharnais, Ashley Twichell, Aaron Peirsol and Zsofia Balazs at the grid race at the King and Queen of the Sea competition on Copacabana Beach in Rio de Janeiro 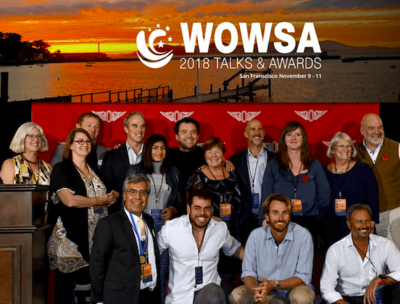 Aaron Wells Peirsol (born 23 July 1983) is an American waterman and a competitive swimmer who specialized in the backstroke.

Race for the Oceans

"Protecting our world's oceans is very important to me because I grew up swimming in the Pacific Ocean and, now that I have a chance to make a difference, it's important to me to help people understand that we can't take the beauty of our oceans for granted," said Peirsol about his Race for the Oceans. "This is a great chance for people to experience the joy of swimming in Florida's warm ocean waters and raise awareness for an important cause."

Peirsol was born in Irvine, California in 1983, the son of Tim and Wella Peirsol. His father is a mortgage broker and his mother is a retired dental hygenist. He has one younger sister, Hayley, who is also a swimmer. Peirsol and his sister are the only sibling duo to medal at the same FINA World Championships (in 2003). He is a 2002 graduate of Newport Harbor High School in Newport Beach, California. Peirsol attended the University of Texas at Austin and graduated in 2006, majoring in government. He was the 2003 NCAA Swimmer of the Year. After finishing his second year of collegiate eligibility, Peirsol signed with Nike and became a professional swimmer.

Peirsol is also involved in a number of charities. He is an ambassador for the Global Water Foundation and the Surfrider Foundation as well as a spokesman for Oceana, which is the largest international ocean conservation and advocacy organization.

On 2 February 2011, at the age of 27, Peirsol announced that he was officially retiring from professional swimming. In 2010, he said he had no further goals and found it difficult to swim because he "ended up doing everything (he) set out to do. Things outside of the sport started to interest me."