Adam Walker in an Endless Pool at the Swim Expo in Manchester, England 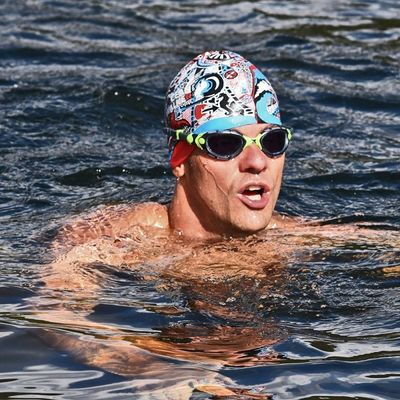 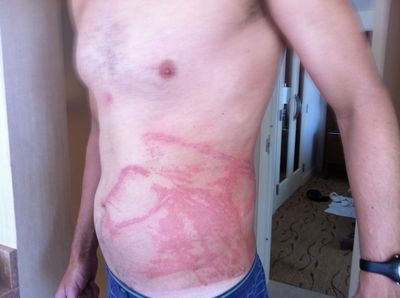 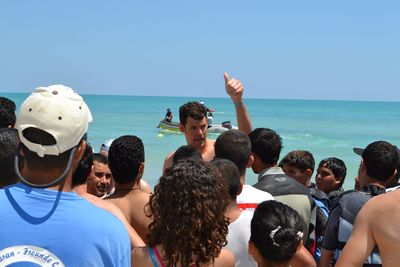 Adam Walker, nominee for the 2014 World Open Water Swimming Man of the Year, in Tunisia at an ouma event organized by Nejib Belhedi 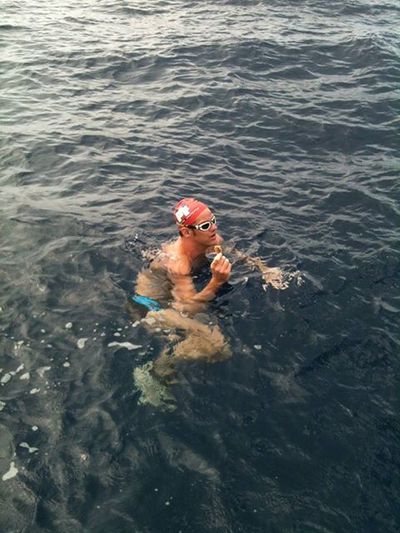 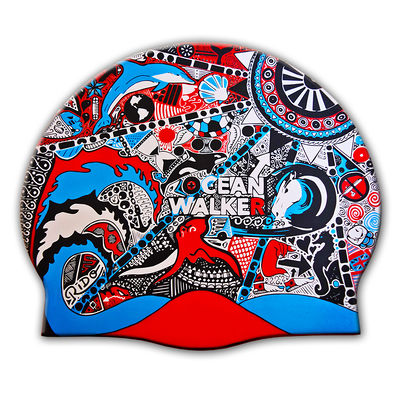 Walker was nominated for the 2014 World Open Water Swimming Man of the Year.

"Adam Walker never had it easy on any of his Oceans Seven channel crossings, but he endured and became the fifth person in history to complete the most difficult global channel challenge. Ocean Walker as he is known, not only does attempts tough swims himself, but he also offers clinics and camps as well as gives motivational speeches and offers open water swimming commentary on television. He completed his final 2 Oceans Seven channels in 2014 in the coldest channels of all – the Cook Strait in 8 hours 46 minutes and the North Channel in 10 hours 45 minutes For his wildly popular video that went viral globally with over 5 million YouTube views when he was protected from sharks by dolphins, for his successful completion of the Oceans Seven, for his passionate educational offerings and coaching clinics from Malta to the airways of Great Britain, and his charitable efforts on behalf of the Whale and Dolphin Conservation Society, Adam Walker is a worthy nominee for the 2014 World Open Water Swimming Man of the Year."

He participated in the international Swim of Peace Ouma - Djerba in Tunisia on 2 June 2014, organized by Nejib Belhedi.

"It was the hardest swim I had ever done, including the English Channel, due to the speed they had to swim to overcome the strong tides which potentially were taking them out to sea and the time limit before the pilot would pull the swim due to the local shipping rules in the Straits which forbade swimming at night."

There is no humane way to kill a whale at sea. The hunting process can never be an exact exercise - whales are a moving target, shot at from a moving vessel which sits on a moving sea. Grenade harpoons are often used to kill whales forcing them to be subjected to a long, slow and painful death. They are often killed under the guise of conducting scientific research, a practice backed by many governments.

Walker wrote a book called Man vs. Ocean that was released in December 2015.

"Adam Walker is not your everyday record-breaking sportsman. He took on arguably the toughest extreme sport on the planet - to swim non-stop across seven of the world's deadliest oceans wearing only swim trunks, cap and goggles. It is not a test for the faint-hearted: swimmers face freezing temperatures, huge swells and treacherous currents, potentially deadly marine life (from sharks to Portuguese man o' war), vomiting and burning off a week's calories in a single swim. In 2006, Adam, then a toaster salesman, saw a film about a man attempting to swim the English Channel and change his life in doing so. Inspired by this, he decided to try to emulate the feat. After a year of rigorous training without a coach - his first open-water swim was in 9ºC and he nearly died from hypothermia - Adam achieved his goal in 11 hours 45 minutes, despite a ruptured bicep tendon leading to medical advice to give up long-distance swimming.

In 2011, after two operations and a change to his swimming style to take pressure off his injured shoulder, he became the first Briton to achieve a two-way crossing from Spain to Morocco and back. In the process, he broke the British record one way. Shortly afterwards, the Oceans Seven challenge was born, a gruelling equivalent to the Seven Summits mountaineering challenge. At first it seemed that injury would prevent Adam from participating but, ignoring medical advice, he developed an innovative technique - the Ocean Walker stroke - that would enable him to continue with the ultimate aim of completing this seemingly impossible feat. Whether man would triumph over ocean, or fail in the attempt, forms the core of this extraordinary autobiography. Always intriguing, sometimes terrifying, and occasionally very funny, Adam's story is about sport in its truest form: rather than competitions between teams and individuals, it is about man against nature - and against his own failings and demons. In that, it is truly inspirational."

Walker was named to the World's 50 Most Adventurous Open Water Men in 2016 (alphabetized by last name) by the World Open Water Swimming Association:

Ocean Walker Academy & Wellbeing Centre provides a range of outdoor/indoor activities in order to help and support people's physical and mental wellbeing and help change peoples lives. It was co-founded by Walker and Gemma Clarke in Lincolnshire Wolds, England.