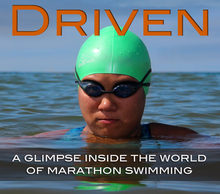 Brian Hall is the Director of Photography, Editor and Co-producer of the documentary film DRIVEN and principal of Element 8 Productions. Hall is a freelance cinematographer and photographer whose work has been featured in many projects over the last ten years including the 11-hour PBS series, Jean-Michel Cousteau's Ocean Adventures. He has covered stories for the New York Times and Smithsonian and his photographs have appeared in many other publications.