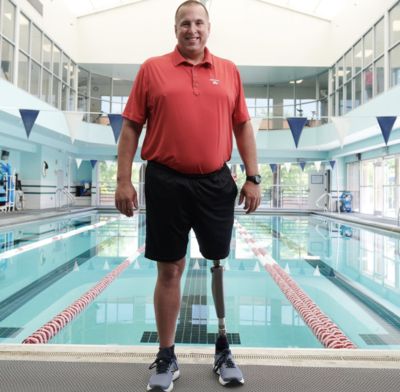 noun - The dog paddle or doggy paddle is a simple swimming style. It is characterized by the swimmer lying on their chest and moving their hands and legs alternately in a manner reminiscent of how dogs and other animals swim.

It was the first swimming stroke used by ancient humans, believed to have been learned by observing animals swim. Prehistoric cave paintings in Egypt show figures doing what appears to be the dog paddle.

It is often the first swim stroke used by young children when they are learning to swim. The dog paddle has also been taught as a military swimming stroke when a silent stroke is needed - since neither arms or legs break the surface.