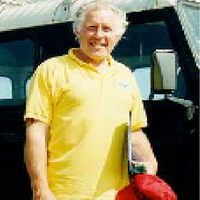 Duncan Taylor from Great Britain was inducted as an Honour Pilot in the International Marathon Swimming Hall of Fame in 2005. Taylor has been a Channel Swimming Association pilot since 1992 and the Channel Swimming Association Secretary and Safety Officer from 1996 to 2004. He is responsible for the training of new escort pilots and is the Liaison Officer for the Regulatory Authorities. He successfully pioneered new starting places for English Channel swims that are now used consistently by other pilots, helping swimmers to achieve faster times. He piloted 64 swims including the crossing of Joe Smith, one of oldest swimmers to successfully cross the English Channel, and Michael Read’s 44rd crossing.