Evan Morrison is an inductee (Honor Administrator) in the International Marathon Swimming Hall of Fame, Class of 2022 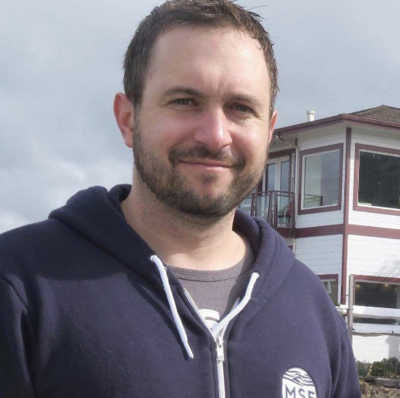 2012: "Offering of the Year" for the Marathon Swimmers Forum[edit]

The Marathon Swimmers Forum is an online platform that provides an opportunity for marathon swimmers to express their opinions, offer advice, seek education and give encouragement to other like-minded athletes. Its mission is focused and its members are intensely passionate individuals whose common thread is a passion for swimming without wetsuits, without assistance, and without limitations. The well-designed Marathon Swimmers Forum raises issues and asks questions that are expertly moderated by channel swimmers Evan Morrison and Donal Buckley. Humorous, insightful and thought-provoking, the Forum is populated by hundreds of accomplished channel swimmers and experienced marathon swimmers from around the world of all ages, abilities and backgrounds. It is a selfless effort to bring awareness and promote the marathon swimming community and provide support to those who embrace a challenging lifestyle. For their sense of community, for their standards of excellence, for their joy in promoting marathon swimming, the Marathon Swimmers Forum is a worthy nominee for the 2012 World Open Water Swimming Offering of the Year.

2013: "Offering of the Year" for DRIVEN - the Marathon Swimming Documentary[edit]

They bankrolled it; they starred in it; they live it. Driven is the documentary film that all marathon swimmers have been waiting for. Nothing captures their imagination more than the purity of swimming in the ocean against the elements. They relish the cold; they welcome the rough; they love the distance. These swimmers are absolutely Driven. Ben Pitterle and Brian Hall spent months filming, interviewing, and observing the lives of 3 marathon swimmers: Evan Morrison, Cherie Edborg, and Fiona Goh. The result is an in-depth, inside, intense view of the world few know, and even fewer live. For the imagery and accuracy of the film, for the effort and funding provided by marathon swimmers themselves, for the drama and inspiration that marathon swimmers create, Driven the documentary film is a worthy nominee for the 2013 World Open Water Swimming Offering of the Year.

2013: "Offering of the Year" for Santa Barbara Channel Swimming Association[edit]

Frequently visible from the mainland, the 8 Channel Islands of California are increasing looming large in the mindset of channel swimmers. Channel swim courses between the mainland and among the islands present possibilities that are capturing the attention of the open water community. While decades younger than other channel governing bodies, the Santa Barbara Channel Swimming Association is pushing the envelope of what and how channel swimming governance can be. In 2013, its board of directors has instituted a new rules and standards including the elimination of drafting off escort boats, the use of swim caps, and the discarding of disposable cups. For its far-forward vision of a responsible future of the sport, for its growing reach among the channel community, and for its passionate group of volunteers, the Santa Barbara Channel Swimming Association is a worthy nominee for the 2013 World Open Water Swimming Offering of the Year.

2014: "Offering of the Year" for MSF Documented Swims[edit]

The open water swimming community is rapidly shifting from paper and pen to laptops and the cloud. The embodiment of this shift is the comprehensively compiled digital Observer Report created by Evan Morrison for the Marathon Swimmers Federation. Version 1.0 documented Craig Lenning’s epic swim from the Farallon Islands to the California mainland and was evident of this tectonic informational shift in the sport. Morrison’s Report included myriad pertinent data while utilizing handheld devices, the cloud, mapping services, and online information that dramatically changes the landscape of reporting open water swims. For his creative use of low cost, relatively easy-to-use technology, for his able demonstration of presenting digital documentation and incorporating videos, photos and GPS tracking into a historical archiving of information, for setting the standard and showing the aquatic community how it can be done, the minutiae-filled Morrison Report by Evan Morrison for the Marathon Swimmers Federation is a worthy nominee for the 2014 World Open Water Swimming Offering of the Year.

SwimTrack (now called track.rs) is a powerful, easy-to-use and simple-to-understand app that enables people all over the world to following currently-ongoing marathon swims through a web browser in near real-time. SwimTrack brings the global community literally and figuratively closer to marathon and channel swimmers who are plying the waves around the globe. SwimTrack provides significantly better mapping, comprehensive track analytics, and a much more visually dynamic user experience compared to typical GPS trackers. SwimTrack was developed by Evan Morrison and is offered by the Marathon Swimmers Federation. The free app can be embedded for/by swimmers and organizations that wish to use SwimTrack on their own websites. For tying the global open water swimming community closer together, for utilizing various technologies under one interface, and for bringing more excitement and accurate information about swimmers beyond the shoreline without a fee, SwimTrack is a worthy nominee for the World Open Water Swimming Offering of the Year.

LongSwimsDB is a powerful, informational, searchable, constantly updated database of marathon and channel swims around the world. Developed by Evan Morrison, verified swims from more than 30,000 swims by over 12,200 swimmers from 115 countries and 158 established marathon course are publicly posted on the Marathon Swimmers Federation. Simple to use, easy to search, the database of individual swimmer profiles and event results is rapidly growing with the help of volunteers and automated data import programs. LongSwimsDB is an authoritative service that ties the global open water swimming community closer together, both across continents and generations. For documenting swims in an authoritative, historical manner, for providing interesting lists of swimmers and their achievements through an elegant computer database searchable on smartphones and laptops, and for its thoroughly simple ease of use, LongSwimsDB is a worthy nominee for the 2017 World Open Water Swimming Offering of the Year.

As one of the co-founders of the Marathon Swimmers Federation, Evan has promoted transparency and carefully peer-reviewed documentation of marathon swims. For maintaining and constantly fine-tuning the LongSwims Database, and for being a globally acknowledged authoritative voice in the marathon swimming community, Evan Morrison of the USA is a worthy nominee for the 2020 World Open Water Swimming Man of the Year.