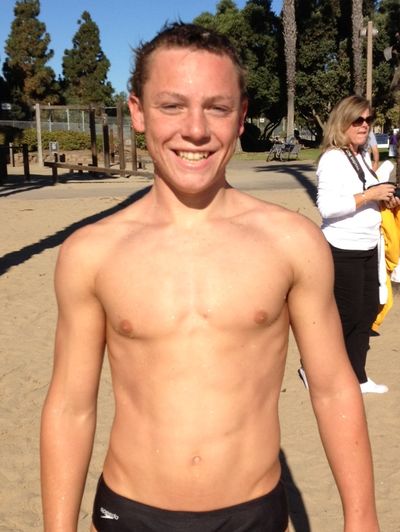 George Horvath is a 15-year-old American pool and open water swimmer from Irvine, California. He finished second overall in both the 1-mile race at the 44th annual Seal Beach Rough Water Swim in Seal Beach on 22 June 2013 and the 1.5-mile Alacatraz Sharkfest swim in San Francisco Bay in May 2013 and 2014.

He also won and set the record at the 5th annual San Diego Sharkfest® (Coronado Bridge Swim™), a 1-mile open water swim from the San Diego Harbor to Coronado Island in 19:56.40.

He also represents Southern California Swimming in USA Swimming All-Star Meets and is one of the fastest swimmers in his age-group as a member of the Aquazots.