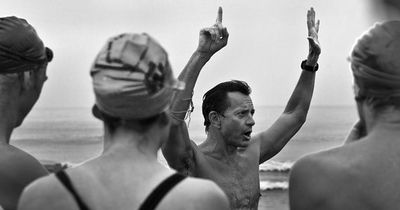 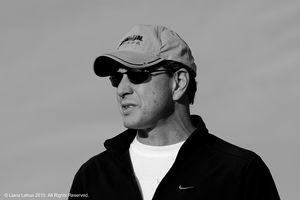 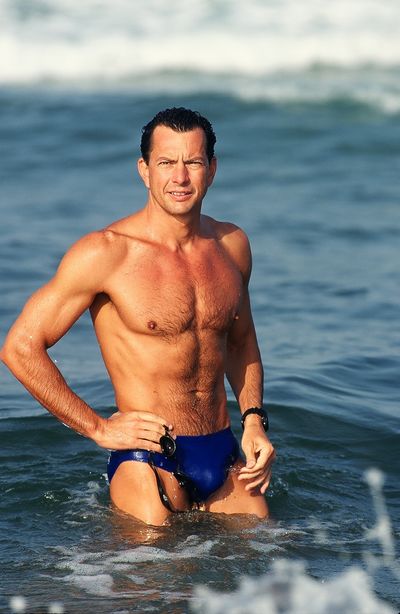 Gerry Rodrigues is a professional pool swimming, open water swimming and triathlon coach in Santa Monica, California, U.S.A. who runs the Tower 26 swimming program in Pacific Palisades and Santa Monica. His nickname is Sultan of Swim.

He founded the Be Race Ready podcast series together with Jim Lubinski.

Triathlon Swimming: Master Open-Water Swimming with the Tower 26 Method is a book by Gerry Rodrigues based on the Tower 26 method. Triathlon Swimming reveals the rewarding and rigorous Tower 26 program for mastering open-water swimming by Rodrigues and former pro triathlete Emma-Kate Lidbury. His Tower 26 swimming program trains athletes in both the pool and in rough open water conditions, making triathletes and swimmers skilled, confident, capable, and fast in any condition.

With humble means but a rich and loving upbringing, Rodrigues grew up on the Caribbean island of Trinidad where he began swimming at the age of seven.

At the age of 10, he listened to Mark Spitz's 7 gold medal performance at the 1972 Munich Olympics at 3 am via radio and dreamed he too would achieve Olympic success. Beginning in 1972, Gerry began training in open water up to four days a week, three months a year, in preparation for Trinidad’s annual 4 km open water race. Gerry won that race multiple times, together with another hundred or so other open water victories around the world.

He began coaching children and triathletes in the early 1980’s. He created one of the first triathlon clubs in Los Angeles, Team Malibu and also organized the Malibu Masters Swim Club. In 1990, the Sports Club LA contracted Gerry to start its first Masters club. In the 1990's, Gerry and his brother Brendan managed the Southern California Masters Aquatics (SCAQ). He later started the UCLA Masters swim program in 1995.

Official beach workouts were started at Will Rogers Beach in 1990 and then moved to Manhattan Beach in 1992.

Rodrigues maintains several core principles and values that have guided him throughout the years:

1. There are no shortcuts

2. There are no secrets

3. You have to show-up with a positive attitude

4. You must believe in yourself

6. You must be patient

7. You must apply yourself diligently in mind, body and spirit.

A coach must be prepared and have a well laid-out plan. Training sessions need be specific and meaningful and must have an absolute and direct purpose with an end result in mind. A mechanism to measure or quantify return or improvement must be in place. The coach should allow the swimmers to learn from other coaches: no coach has a monopoly on technique, training or motivation.

Rodrigues believes that recreational swimming enthusiasts, Masters swimmers and triathletes can all be successful in an ambitious training environment – a structured atmosphere that accommodates both the serious competitor and the casual participant who just wants a workout. A less ambitious format only caters to the lowest common denominator. His motto is simple: You may not be training to be the best athlete in the world or even compete in an event, but you will end up being the best athlete you can be.

Rodrigues is a featured speaker at the 2016 Global Swimming Summit that focuses on open water swimming for athletes of all ages and abilities.

Tower 26 was nominated for the 2018 World Open Water Swimming Offering of the Year by the World Open Water Swimming Association:
Tower 26 is a lifeguard station in Santa Monica, California. Gerry Rodrigues combined this local gathering place for triathletes with his deep knowledge of open water swimming to create the TOWER 26 team and brand from Pacific Palisades in Southern California. Rodrigues, a masters world open water swimming champion, has fashioned a lifestyle and knowledge-base that has taken the triathlon world by storm. TOWER 26 also produced over 60 "Be Race Ready" podcasts that have been downloaded over 680,000 times. Rodrigues and co-host Jim Lubinski, cover all aspects of triathlon swimming, training and race preparation for triathletes who represent the largest demographic group in the open water swimming community. For sharing innumerable tips and approximately 40 hours of free advice via the "Be Race Ready" podcast - the world’s most popular triathlon swimming podcast, for shaping a simple lifeguard station into a globally-known brand, for tirelessly and passionately coaching over 1,000 swimmers and triathletes monthly, TOWER 26 by Gerry Rodrigues is a worthy nominee for the 2018 World Open Water Swimming Offering of the Year.