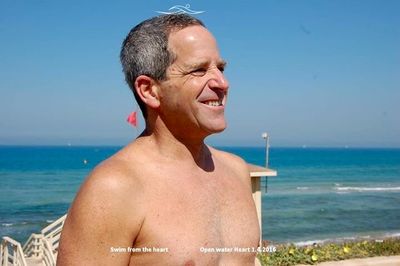 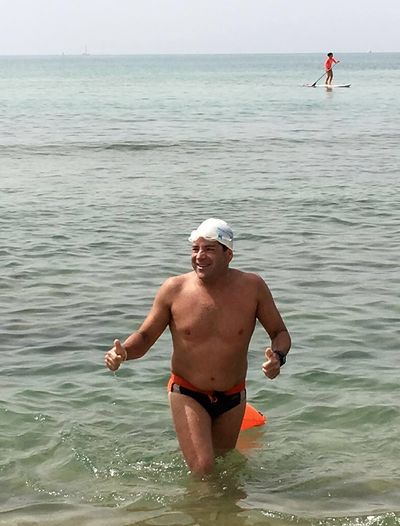 Guy Cohen, born in 1965, is an Israeli open water swimmer from Shefayim who is coached by Ori Sela. A former fighter pilot in the Israeli Air Force is now an industrial company CEO who helps raise funds for Sudden Cardiac Death research as an ambassador for the Rambam Medical Center in Haifa.

The Galilee Marathon Swimming Association by Guy Cohen and Eyal Schachner of Israel was nominated for the 2020 WOWSA Awards in the World Open Water Swimming Offering of the Year category with the following nomination: The Galilee Marathon Swimming Association was on a roll. Co-founders Guy Cohen and Eyal Schachner researched and compiled several decades of historical data about widthwise and lengthwise crossings of the Sea of Galilee since 1944. They planned, prepared and promoted the longest and most difficult solo swimming course in Israel in order to meet a growing domestic and international interest. But then the COVID-19 pandemic hit and everything came grinding to a hall. But the Association got busy again after lockdowns and travel restrictions were lifted and were able to safely organize and officially ratify the marathon swims and relays for 34 swimmers. For their energy, wisdom, seriousness that Guy Cohen and Eyal Schachner bring to the sport of marathon swimming, for their meticulous planning and organization of swims in a safe manner during a pandemic in the Sea of Galilee and the Mediterranean Sea, for their data-filled website and authoritative resources that they make available to the international community, the Galilee Marathon Swimming Association is a worthy nominee for the 2020 World Open Water Swimming Offering of the Year.