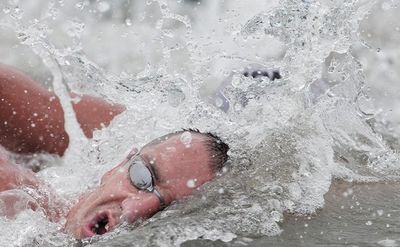 Igor Snitko (born 13 August 1978) is a world-class professional open water swimmer from the Ukraine. He was previously a top distance freestyle specialist in the pool who switched to a focus on the open water. At the age of 33, he participated in the 2011 FINA World Championships in the 10K Olympic qualifier Shanghai, China and won a bronze medal in the 10K at the 2011 European Open Water Swimming Championships.

He also won the silver medal in the men's 1500m freestyle event at the 1997 European Championships in Seville, Spain, followed by the gold medal two years later in Istanbul. He represented his native country at two consecutive Summer Olympics, both at the 1996 Atlanta Olympics and the 2000 Sydney Olympics. He also competed on the 2013 FINA 10KM Marathon Swimming World Cup series where he finished sixth overall in the 2013 professional circuit.