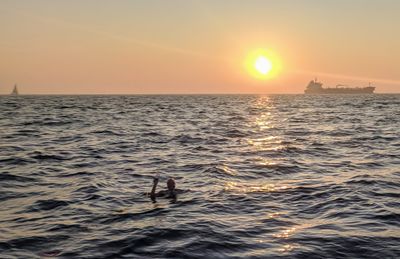 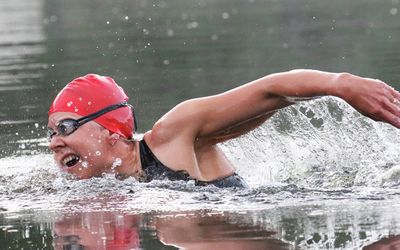 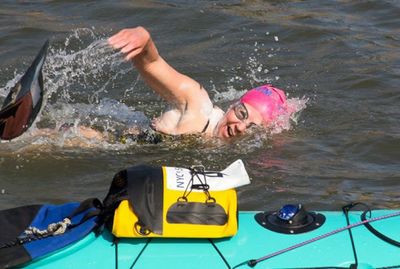 Karen Zemlin during her MIMS swim in 2014.

Some fun facts about Karen:[edit]

The Extreme North Dakota Watersports Endurance Test or END-WET, is a 27-mile (43.4 km) mixed-sports event where solo and relay swimmers pit themselves against other endurance athletes down the Red River between Grand Forks, North Dakota and Oslo, Minnesota in the United States. It is one of the longest marathon swims in the world and directed by Andy Magness.