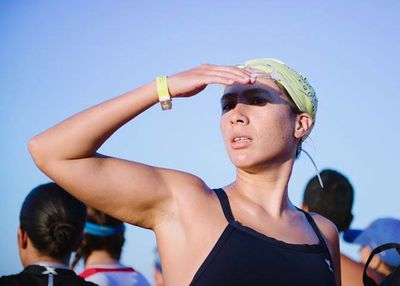 Kelley Prebil checking out the race course in Malibu 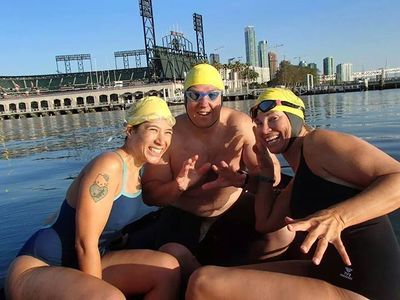 Kelley Prebil is an American open water swimmer and channel swim observer. She is a member the South End Rowing Club, Oak Streakers of Laguna Beach and competes for the San Mateo Masters. She was born and raised in the San Francisco Bay Area and started swimming at the age of 2. She competed on her high school swim team as a backstroke sprinter. She returned to swimming seriously in 2012 after having her pelvis surgically broken twice to correct her hip dysplasia. Shortly afterwards, she discovered that she's better at long distance than sprinting and started open water swimming.