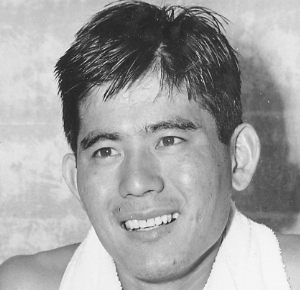 Keo Nakama finishing a crossing of the Molokai Channel, photo courtesy of Ken Sakamoto of the Honolulu Star-Bulletin 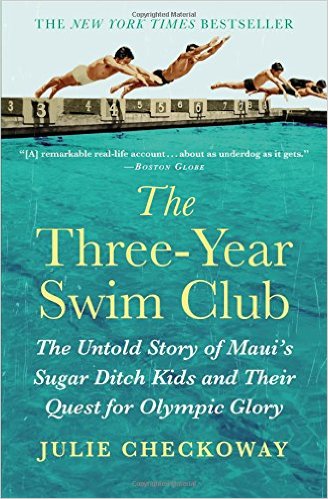 The Three Year Swim Club: The Untold Story of Maui’s Sugar Ditch Kids and Their Quest for Olympic Glory, authored by Julie Chuckoway included the story of Keo Nakama's Molokai Channel crossing in 1961

Poster from the 1946 Keo Nakama Swimming Meet on Oahu, Hawaii

Nakama was the first person to swim from the island of Molokai to Oahu in Hawaii, finishing in Hanauma Bay at night in front of thousands of well-wishers. He crossed the 43.4 km (27-mile) Kaiwi Channel (Molokai Channel) on 29 September 1961 in 15 hours 30 minutes at the age of 41.

As a pool swimmer, Nakama is honored in the International Swimming Hall of Fame for his 5 gold medals in the 1940 Pan American Swimming Championships, his 27 USA national swimming titles from 110 yards to 1500 meters, his six Australian National Championships and his world record in the mile and for captaining the two NCAA Men's Swimming Championship teams at Ohio State where he also played baseball as a unique two-sport high-level athlete.

Nakama received his Masters Degree at Ohio State in 1945, taught at the University for two years and then returned to Hawaii as a high school swim coach, teacher and athletic director. He was first elected to the Hawaiian Legislature in 1964. Hawaii's big Annual International Swimming Meet at the tide-filled Waikiki War Memorial Natatorium was naturally named the Keo Nakama Meet. Whether he was scouting baseball players for the Detroit Tigers or serving as assistant Majority Floor Leader of the Hawaiian State Legislature or swimming in the pool or open water, there was always achievement wherever there is Keo Nakama.