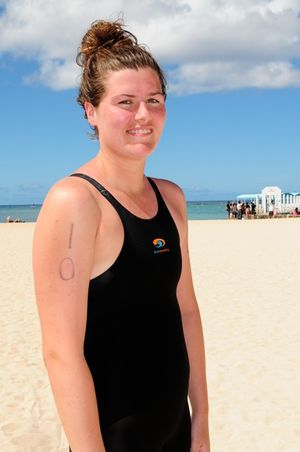 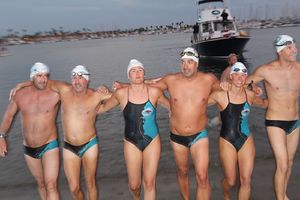 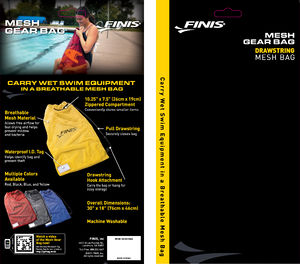 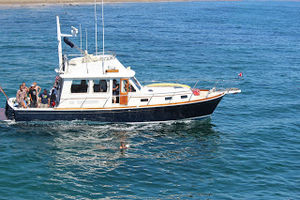 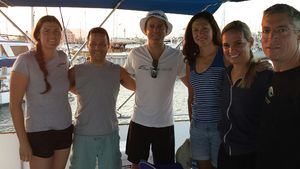 Luane Rowe is an Australian world-class open water swimmer who has won numerous races throughout Australia and the United States and is an industrial designer with FINIS. She is also an English Channel swimmer who completed a duo relay with Shelley Clark on August 12th, 2011.

She has won the 2 km Division at the Cole Classic at Shelly Beach, Australia, the 1 km and 2 km races at the Bondi Classic Ocean Swim, also in Australia. She has also won the Waikiki Roughwater Swim in 2008, 2009, 2010, and 2011, and several other races including the 20th annual Flowers Sea Swim in the Cayman Islands, the Statue of Liberty Swim in New York City, and the Tiki Swim in Oceanside, California during 2012, as well as the 5 km swim in the 2013 Swim Miami event in Miami, Florida, and the 5 km Big Shoulders race in Lake Michigan, Illinois. She will also participate in an 88-mile (141.6 km) charity swim and relay across the Sea of Cortez in Mexico together with Richard Ernst, Susan Moody, Mauricio Prieto, Vito Bialla and Antonio Argüelles.

With a Bachelor of Industrial Design from the University of New South Wales in Australia in 2011, she was recruited by FINIS in northern California where she joins the leading new product development team of aquatic training equipment. Despite her busy work schedule, she still finds time to compete in and win open water swimming competitions.

"I don’t think I ever thought I was good at swimming but I enjoyed it and because of that dedicated a lot of time to it."

Rowe said her ultimate goal was to compete in either the 10K marathon swim or the 800m freestyle event at the 2012 London Olympics. "It¹s every swimmer’s dream to go to the Olympics but at the same time I've got to get into the real world and get a job. What will happen will happen. Swimming will always be part of my life."

Rowe has won the Waikiki Roughwater Swim four consecutive years (2008, 2009, 2010, 2011) and second twice (2012, 2013). "It's hard not to get distracted by the fish and the turtles when you're swimming, it's gorgeous. It's getting more and more competitive as people hear about this great swim. I know that next year some of the American Olympic swimmers are coming. It's going to get a lot more popular and the level of competition is going to rise. It's going to get tougher and tougher."

Rowe is part of the Sueño 88, 6 open water swimmers who will attempt to swim 88 nautical miles (101 miles of 163 km) across the Sea of Cortez from the Baja California peninsula to the mainland of Mexico. Sueño 88 is an initiative by the Night Train Swimmers and Swim4Good, two organizations that use swimming as a vehicle to raise money for non-profit organizations and includes David Ogden, Mauricio Prieto, Luane Rowe, Richard Ernst, Shannon Navarro, Susan Moody Prieto, and Vito Bialla (escort boat captain).