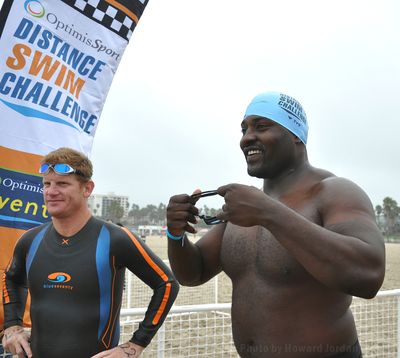 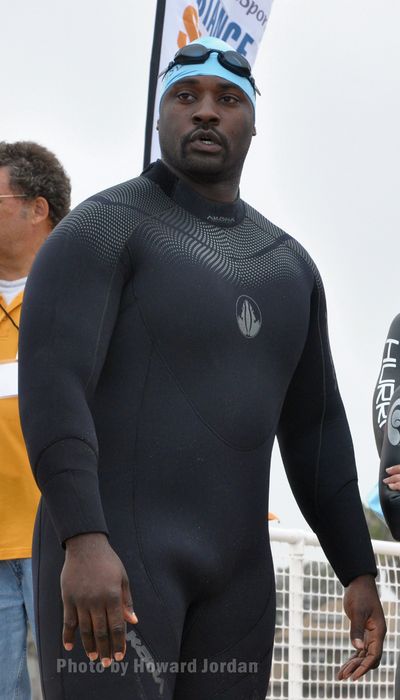 Marcellus Vernon Wiley (born 30 November 1974 in Compton, California) is a retired professional American football defensive end who played 10 seasons in the National Football League for four different teams. He is known as Datdude and was selected with the 22nd pick of the second round of the 1997 NFL Draft out of Columbia University by the Buffalo Bills. After four seasons with the Bills, he played for the San Diego Chargers, Dallas Cowboys and Jacksonville Jaguars. He was selected to the AFC Pro Bowl team in 2001, as a member of the San Diego Chargers.

He has since picked up the sport of open water swimming with a passion and completed a rough ocean swim (Distance Swim Challenge) only a few months after learning how to swim. He is taking his message that learning how to swim is a life-saving skill that needs to be learned by all.

At Saint Monica Catholic High School in Santa Monica, California, Wiley starred in both football and track and field and was his school's Valedictorian and a member of the National Honor Society. He was the 1988 National type-writing champion with 82 words per minute.

At Columbia University, Wiley played tailback, defensive end, and kick returner for the Columbia Lions. He was a first team All-American, and All-Ivy League pick.

Wiley started his professional career primarily as a pass rusher and filled the shoes of the legendary Bruce Smith as defensive end for the Bills.[1]

He was voted to the prestigious Pro Bowl in 2001.

Wiley is involved in a number of business ventures. He is co-founder of Prolebrity.com, a sports community where pro athletes can express viewpoints, publicize their businesses, charities and events, and connect with other athletes, fans an business opportunities.

He works for ESPN's NFL Live and is a substitute co-host for Mike and Mike in the Morning and SportsNation (TV series). He also co-hosts Winners Bracket with Michelle Beadle and currently co-hosts Max and Marcellus with Max Kellerman on KSPN (AM).

Inspiration In The Open Water[edit]

Wiley has become an inspiration to many for taking up swimming and learning not only how to survive, but how to thrive in the open water. He has taken his message to the American public via the television and radio airways.