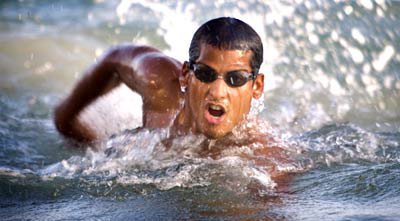 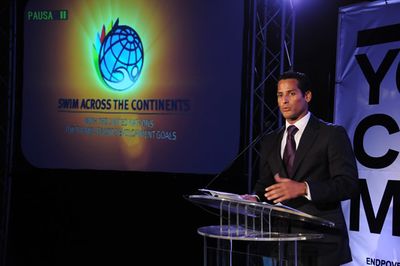 Marcos Díaz born January 1975 in the city of Santo Domingo, Dominican Republic) is a marathon swimmer, surfer, triathlete and adventure swimmer from the Dominican Republic. He was inducted in the International Marathon Swimming Hall of Fame as an Honor Swimmer in the Class of 2011. He is a Millennium Development Project ambassador with the United Nations. He started swimming at the age of 6 as a recommendation from his doctor for the treatment of chronic asthma; disease that has affected him from birth. He joined the Club Casa de España of Santo Domingo and was coached by Augusto Garcia.

In 2004, he started the Marcos Díaz Foundation (Fundación Marcos Díaz) where he carries out social work in benefit of children and youths of limited economic resources of the Dominican Republic.

Díaz was named one of the World's 50 Most Adventurous Open Water Men in 2015 by the World Open Water Swimming Association.

Swim Across The Continents