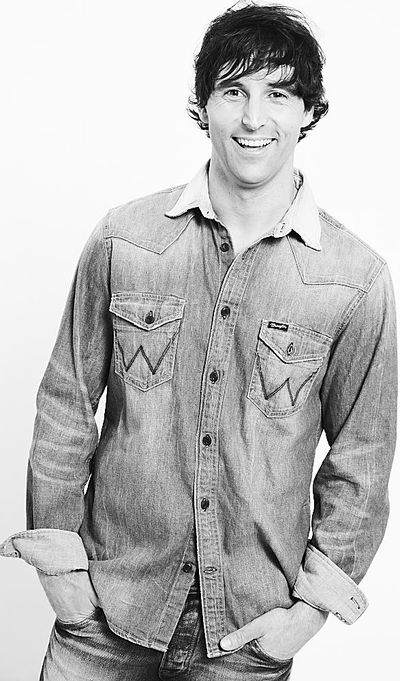 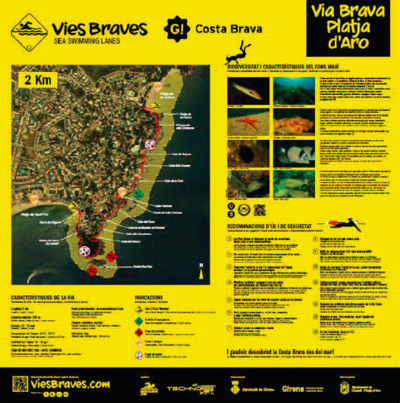 Signage for the Vies Braves project along Costa Brava in Spain 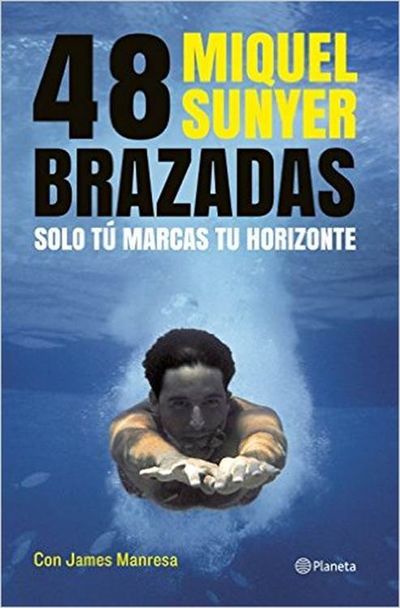 Miquel Suñer Comalat (Miquel Sunyer or Miquel Suñer) (born in Girona in 13 February 1977) is a Telecommunications Engineer and holds an MBA. At the age of seven he joined the competitive swim team at the GEiEG club, where he excelled in backstroke. Later he joined the water polo team of the same club, combining these activities with individual swimming training. A nature and vital adventure lover, Sunyer is an outdoor sports enthusiast, particularly when it comes to swimming: he’s a marine alpinist and an aquatic explorer who has participated in several prestigious international open water swimming competitions.

Suñer started the eco-swimming movement in Vies Braves, Spain in 2018.

An ambassador of the Costa Brava and the ideologist and promoter of Vies Braves, he currently works at Endesa and co-created Vies Braves, an open water public network of marine itineraries located along Costa Brava in Catalonia, Spain.

"Swimming in the sea makes me feel free and alive, in intimate contact with nature. Swimming is my own private form of meditation. I rejoice in the silence around me and relax with the sound of my own breathing. The sea is marvelous, full of life; it is crucial for our own survival and well-being. It needs to be preserved."

48 BRAZADAS: Solo tú marcas tu horizonte (48 Swimming Strokes: Only you set your horizons) is a 230-page book written by Miquel Sunyer with James Manresa written in Spanish and Catalan, published Planeta in April 2015.

Forty-eight strokes per minute, not one more nor less, at the same time physical technique and mental mindset. For the swimmer and adventurer Miquel Sunyer this is the inviolable limit. The key that allows him to swim in the sea for hour upon hour, survive the low temperature of the water, the currents, overcome fatigue, his fears….. and finally, to reach his goal: to reach the other side of the ocean.

Fascinated by the feats of the heroes of swimming pioneers like Matthew Webb and Montserrat Tresserras, Miquel Sunyer takes on, without a wetsuit, the Triple Crown of Open Water Swimming.

48 Swimming Strokes narrates the story of a normal guy who does extraordinary things. Miquel Sunyer tells about his daily struggle and shares his values and challenges: the mental and physical preparation, the constant team work. It reveals how he deals with fear and failure, and above all, how he maintains, despite the plethora of difficulties, his motivation. His secret is never giving up, remembering that he can always aim higher, and the importance of not pursuing victory, but rather outdoing oneself.

48 Braçades: Solo tú marcas tu horizonte (48 Swimming Strokes: Only You Set Your Horizons) is a 230-page book written in Spanish and Catalan by Miquel Suñer with James Manresa. After becoming the 53rd person in history to complete the Triple Crown of Open Water Swimming, he wrote an extraordinary retelling of his aquatic journey from a backstroker and water polo player to an elite marathon swimmer. The 40-year-old engineer and ambassador of the Costa Brava and Menorca Channel Swimming Association describes his perspectives of swimming in the sea under challenging conditions and his frank intimate connection with Mother Nature]. For explaining how swimming is his form of meditation, for a brilliant recount of his daily struggles and how he deals with fear and failure, for sharing how he maintains his deeply felt motivation despite facing obstacles and difficulties both on dryland and in the water, 48 Braçades: Solo tú marcas tu horizonte is a worthy nominee for the 2017 World Open Water Swimming Offering of the Year.