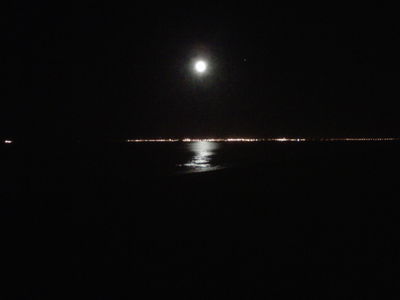 The view from swimming at night in Huntington Beach, California

noun - Night swimming is swimming done after the sun goes down and before it rises of any distance in natural bodies of open water including oceans, lakes, rivers, bays and reservoirs, performed for pleasure, adventure or fitness or as a solo channel swim, solo marathon swim or channel relay or marathon relay.

Night swimming was featured in the month of December in the 2015 MSF Calendar.