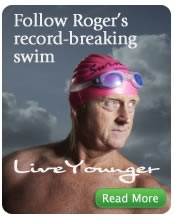 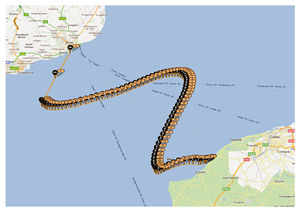 Dr. Roger Allsopp is a British open water swimmer and winter swimmer from Guernsey. Dr. Allsop is a retired surgeon, researcher and fundraiser for health research who continues to inspire with his age-defying marathon swims, had a refreshing perspective of channel swimming based on his experienced as a physician.

He serves as the chairman of Hope for Guernsey.

"I try to focus and think about one day of absolute miserable. Training has I think gone well and I am now as ready as I can be. I'm slowing the pace a bit from now on and keeping an eye on the weather charts for the Channel."

An inspiration to many around the world, Dr. Allsopp was nominated as the 2011 World Open Water Swimming Man of the Year.

He also received the Inspirational Swim of the Year award at the 2012 H2Open Awards organized by H2Open Magazine, an award designed to celebrate achievement in open water swimming. He was recognized as the greatest inspiration in 2011 for becoming the oldest person to swim the English Channel.