Rohan More was nominated for the 2015 World Open Water Swimming Man of the Year, an annual WOWSA Award and a recognition of outstanding men around the globe 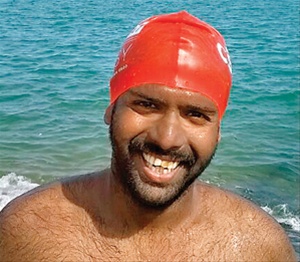 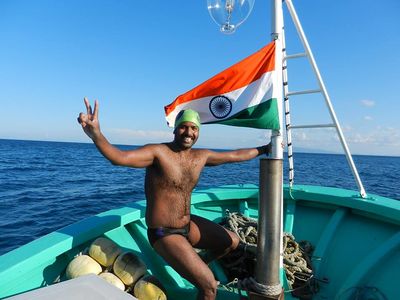 Rohan More is a 32-year-old Indian open water swimmer from Maharashtra who completed seven Oceans Seven channels during the summers of 2014, 2015, 2016 and 2018. More is a software engineer with Cognizant of Dubai. He has been coached by Kalpana Agashe, Ashok Deshpande, and Ramesh Vipat and serves as a Marathon Swimming Mentor.

He was nominated for the 2018 World Open Water Swimming Man of the Year by the World Open Water Swimming Association:
Living in Abu Dhabi and India during his Oceans Seven journey, Rohan Dattatrey More became the first person from India training in warm-water environs to complete the Oceans Seven. Since the age of 11, More has done marathon swims, first in his native lands and then across the English Channel (14 hours 14 minutes), Catalina Channel (10 hours 16 minutes), Molokai Channel (16 hours 28 minutes), North Channel (12 hours 46 minutes), Tsugaru Channel (10 hours 46 minutes), Strait of Gibraltar (4 hours 56 minutes), and Cook Strait (8 hours 46 minutes) between the ages of 28 and 42 while working as a software engineer. The 42-year-old was inducted as an Honor Swimmer in the International Marathon Swimming Hall of Fame this year and won India’s prestigious Tenzing Norgay Award for his swimming exploits. For becoming the first person from south Asia to achieve the Oceans Seven, for serving as an ambassador of the sport and his native India throughout the world with a bright, genuine smile, and for showing that one's whereabouts and origins present no barrier to swimming across the world's most iconic channels, Rohan More of India is a worthy nominee for the 2018 World Open Water Swimming Man of the Year.

Rohan More (India) Oceans Seven Adventurer
Rohan More knows how to program his life as he steadily climbs the Oceans Seven rankings. The 29-year-old software programmer became the first Indian to successfully complete a crossing in the swirling eddies of the Tsugaru Channel in Japan (in a fast 10 hours 46 minutes) as well as a tough, jellyfish-strewn crossing of the North Channel in 12 hours 46 minutes. He also completed the Triple Crown of Open Water Swimming with a 6 hour 44 minute Manhattan Island Marathon Swim to add to his growing resume of marathon swims. For his ability to handle cold, rough waters far removed from his training base in warm waters, for his constant smile before, during and after his channel swims, and for his ambassadorship of open water swimming in different communities, Rohan More is a worthy nominee for the 2015 World Open Water Swimming Man of the Year.

More was named to the World's 50 Most Adventurous Open Water Men in 2016 (alphabetized by last name) by the World Open Water Swimming Association: