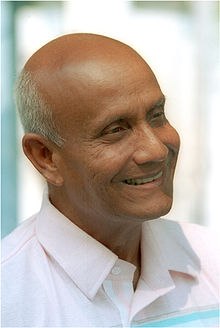 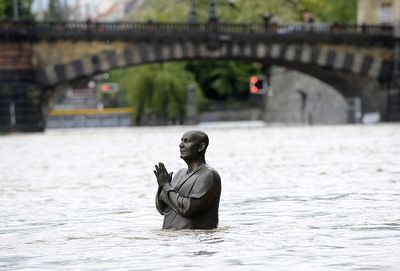 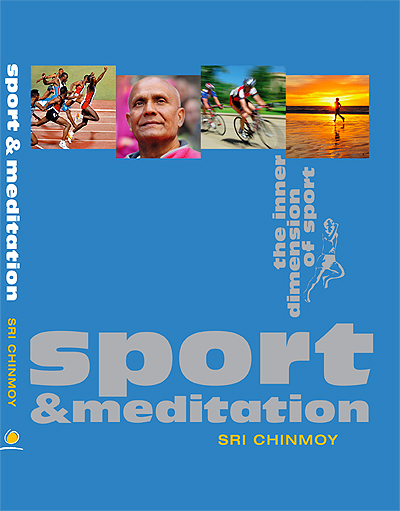 Sri Chinmoy (born as Chinmoy Kumar Ghose in Chittagong, Bengal Province, British India on 27 August 1931, died on 11 October 2007), was an Indian spiritual teacher, poet, artist and athlete who inspired many in the endurance sports world. He is the namesake of the Sri Chinmoy Marathon Team that holds many athletic events worldwide including the International Self-Transcendence Marathon-Schwimmen. He founded the Sri Chinmoy Centre and wrote over 1,300 books including 120,000 poems, 9 plays and 20,000 songs, created 200,000 paintings, and gave almost 800 free peace concerts around the world.

He advocated meditation, chanting mantras and prayers, performing dedicated service to God as a way to personal enlightenment.

Inspired by Sri Aurobindo (1872–1950), Chinmoy was encouraged to pursue his athletic abilities - he was a decathlon champion at the Sri Aurobindo Ashram, as well as captain of the soccer and volleyball teams. During his years at the ashram he spent many hours daily in deep meditation.

Chinmoy opened up meditation centers and gave music concerts around the world, and many of his talks and writings were published. He advocated self-transcendence by expanding one's consciousness to conquer the mind's perceived limitations. In the spirit of self‑transcendence, his students have completed extraordinary feats of endurance. Members of the Sri Chinmoy Marathon Team have swum the English Channel over forty times. Other feats include ultra-distance running, including the Self-Transcendence 3100 Mile Race, mountain climbing and long distance cycling.

Chinmoy has received many awards honoring his humanitarian work. In 1998 he was awarded the ‘Pilgrim of Peace’ prize from the ‘International Center of Assisi for Peace among Peoples’. In October 1994 he received, jointly with Martin Luther King’s wife Coretta Scott King, the ‘Mahatma Gandhi Universal Harmony Award’ from the American branch of Indian cultural institute Bharatiya Vidya Bhavan On 27 August 1997, the international magazine ‘Hinduism Today’ presented Sri Chinmoy with the ‘Hindu Renaissance Award’, honoring him for teaching a yoga which combines aspects of ancient Hinduism in a modern setting.

which challenged everyone's perceptions as to what was truly possible. His final months on earth saw no halt to his inspirational dedication - as recently as August, Sri Chinmoy succeeded in lifting overhead 800 lbs. using only his right arm.

Below is the list of members of the Sri Chinmoy Marathon Team who have been inspired by Sri Chinmoy to fulfill their dream to swim the English Channel :

The members have also been honored with the following awards or recognitions:

To honor The English Channel Swimmers for their achievements Sri Chinmoy awarded many of them including Alison Streeter ‘The Queen of the Channel’ and Kevin Murphy, The King of the Channel, with His ‘Lifting Up The World With Oneness-Heart’ Award program. Applying his music talent, he composed the song dedicated to the Swimming the English Channel. This Song was performed each time when a channel swimmer was being lifted.

Books of Sri Chinmoy in Library of Congress