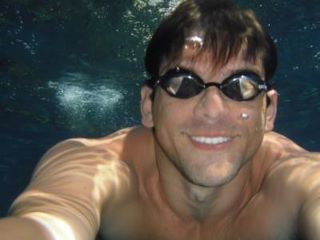 Crossing the Río de la Plata is one of the most difficult challenges of open water in the world. It is the widest river in the world and separates Argentina from Uruguay River. It is a journey for swimmers with experience in long distances. As in many other channels and straits in the world, the Río de la Plata maintains a large flow of commercial maritime vessels. It is a journey that can be compared to the English Channel between England and France and the Catalina Channel between California and Santa Catalina Island.

It is an opportunity to swim close to the largest glacier on earth, the Eighth Wonder of the World. Swim Argentina offers the experience of knowing the most-visited tourist destination of Argentina: El Calafate in Patagonia. Learn about the glacier in a unique way, swim alone, or swim in a group to experience extreme open water swimming.

The Beagle Channel is a strait sea passage located at the southern tip of South America. It leading to the starting point of this crossing to Isla Grande de Tierra del Fuego in Argentina, known as the End of the World. The channel forms the international border between Argentina and Chile. The average width of the Beagle Channel is a little more than 2 nautical miles. It has two maximum narrows: in the east the Mackinlay passage of 1.5 km and the western tip divide the area where it is only 750 meters wide.

Laguna del Inca is the name given to a lagoon at 3,000 meters above sea level in the Andes Portillo area, located in the province of Los Andes, Region of Valparaiso, Chile. According to an Inca legend, in this lagoon Illi Yupanqui cried when the Inca princess Kora-lle died in an accident while she was fulfilling a tradition for marriage. There was left the body of the princess. It is said that at that time the lagoon turned emerald, tinted of the color of the eyes that the son of the Sun could no longer wake up. It is also said that in certain winter nights you can still hear the cries of the Inca.

Upsala Glacier, along with the Perito Moreno Glacier, Glacier is the most visited location in the region where big drifting icebergs that detached from the front of the glacier are pushed by the wind along the North Arm and after Lake Argentino, to anchor at the eastern end of this, where wind, sun and rain melt them.

Swim Argentina is the brainchild and creation of Matías Ola, an accomplished ice swimmer and marathon swimmer, capable in all possible conditions from cold to warm. Almost singlehandedly in the most unlikely of seasons and the most unlikely of locations, he has brought winter swimmers from around the globe to incredibly scenic locations from Ushuaia, Mendoza and the Perito Moreno Glacier in Argentina to Laguna del Inca in Chile. Swim Argentina also organizes relay and solo crossings of the 42 km Río de la Plata and the 12 km Beagle Channel in Argentina and offers extreme swimming camps in Spain, Mount Everest and Antarctica. For establishing brand new extreme swimming camps, competitions and crossings in Argentina, Chile, Tibet, Spain and the South Pole, for organizing extreme swims with safe oversight in ruggedly stark, brutally cold scenic locations, for giving swimmers myriad unique opportunities to realize their swimming dreams in off-the-beaten track venues, Swim Argentina is a worthy nominee for the 2017 World Open Water Swimming Offering of the Year.