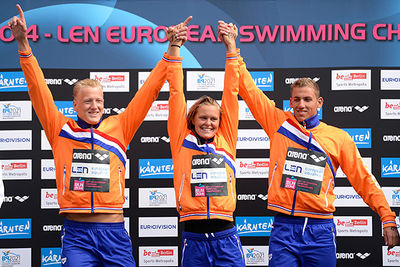 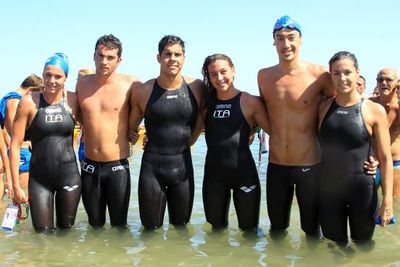 noun - Team pursuit is a type of competitive swimming event. It is a single- or mixed-gender relay swim of (generally) three swimmers who start, swim and finish together in an aquatic peloton. Each team is set off in staggered starts, generally separated by 30 – 60 seconds. The official time of the team is the time that the last swimmer finishes which places a premium on drafting, positioning, navigating, and pacing. The start order is randomly selected.