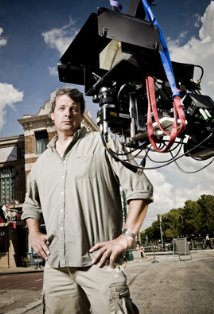 The Deadliest Catch is a reality television series produced by Original Productions for the Discovery Channel. It portrays the real life events aboard fishing vessels in the Bering Sea during the Alaskan king crab and C. opilio crab fishing seasons.

The Aleutian Islands port of Dutch Harbor, Alaska, is the base of operations for the fishing fleet. The show's title derives from the inherent high risk of injury or death associated with the work. Deadliest Catch premiered on the Discovery Channel on 12 April 2005 and currently airs in over 150 countries. Subsequent seasons have aired on the same April to June or July schedule every year since the original 2005 season. Season 9 premiered on 16 April 2013.

Doug Stanley is a two-time Emmy Award winner and a producer of Deadliest Catch. He is the CEO and founder Ridgeline Entertainment, LLC and is also known for the Lobstermen: Jeopardy at Sea (2006), America's Toughest Jobs (2008) and Last American Cowboy (2010). He has also produced top shows for FOX, ABC, Animal Planet and Country Music Television. In addition to his acclaimed talents as a Producer and Director of Photography, Stanley is credited with designing innovative camera packages for use in the extreme environments featured in the shows “Ice Road Truckers," “Black Gold” and “Lobsterwars”.

Stanley is also the producer and director of photography of The Great Lake Swim, Jamie Patrick's 90-mile solo attempt across Lake Michigan, and planned on making a documentary of The Longest Swim, Ben Lecomte's solo Stage swim attempt from Tokyo, Japan to San Francisco, California, using the SmackDab platform and technology.