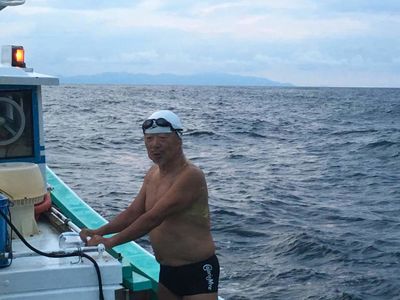 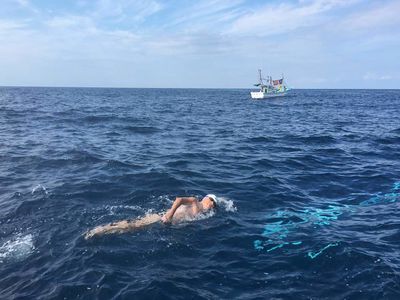 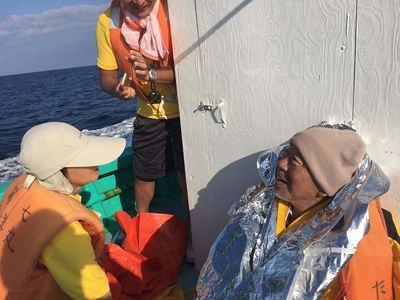 Tominaga was nominated for the 2016 World Open Water Swimming Performance of the Year.

Toshio Tominaga is a patient man. Quiet and unassuming, the Japanese swimmer and former water polo player from Hiroshima worked for decades as he put this aquatic career on hold. At the age of 62 upon his retirement, he started to make up for lost time. He never lost his feel for the water and started to do channel swims and oceans swim both in Japan and around the world from Turkey to England. But his dream swim was to cross the Tsugaru Channel in Japan. At the age of 73, he finally got himself physically and mentally prepared. On a nearly perfect day, everything came together as he crossed the channel in 9 hours 58 minutes from Honshu to Hokkaido. For his flawless strategy in crossing a technically difficult channel, for realizing his dream to become one of history's oldest successful channel swimmers as a septuagenarian, for serving as a role model and maintaining his health, strength and dreams throughout his long life, Toshio Tominaga's Tsugaru Channel Crossing is a worthy nominee for the 2016 World Open Water Swimming Performance of the Year.