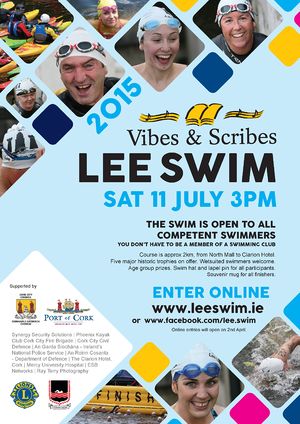 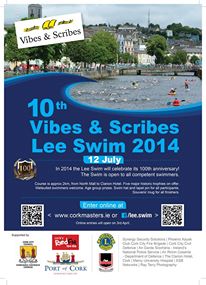 The Lee Swim is one of the top open water swimming events in Ireland and the world. The Lee River course runs through the centre of the City of Cork, Ireland. It is one of the World's Top 100 Open Water Swims and part of the 2015-2016 World Open Water Swimming Series. It is one of the World's Top 100 River Swims and has attracted over 500 participants to its 100th centennial anniversary swim on 12 July 2014. Originally held in 1914, the event annually attracts crowds in excess of 5,000. Most swimmers compete for age group prizes (under 20, 20-24, 25-29...up to 80-84) while others raise money for local charities. Following the swim a very social atmosphere continues on the boardwalk outside the Clarion Hotel and various festivities into the night.