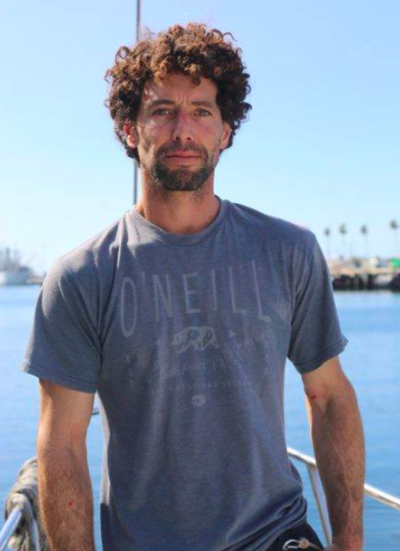 Yoav Nevo is the escort pilot of The Longest Swim

Yoav Nevo is a 37-year-old Israeli escort boat pilot who is the skipper of Ben Lecomte's The Longest Swim, an assisted stage swim from Choshi, Japan to San Francisco, California starting on 5 June 2018.

He studied marine science and worked in diving, sailing and other marine-related jobs for 10 years. Before joining The Longest Swim, he worked as a skipper and a sailing instructor in Israel.

Ben Lecomte will attempt The Longest Swim from Choshi, Japan to San Francisco, California in a transoceanic assisted stage swim, 5,419 miles (8,721 km) across the Pacific Ocean starting on 5 June 2018, guided by Nevo in the escort boat Discoverer.