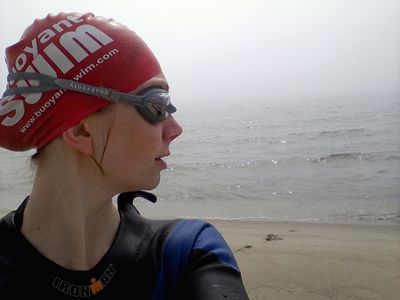 Erica Smith was an assistant coach for the men's and women's swim teams at Eastern Michigan University, where she's working toward a masters degree in exercise physiology.