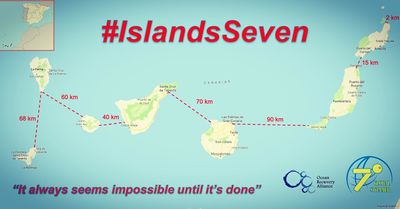 The archipelago's beaches, climate and important natural attractions, especially Teide National Park and Mount Teide (the third largest volcano in the world), make it a major tourist destination, with over 12 million visitors per year, especially Tenerife, Gran Canaria and Lanzarote.

The islands have a subtropical climate, with long warm summers and moderately warm winters. Las Palmas de Gran Canaria has been the largest city in the Canaries since 1768. The third largest city of the Canary Islands is La Laguna (a World Heritage Site) on Tenerife.

During the times of the Spanish Empire the Canaries were the main stopover for Spanish galleons on their way to America because of the favorable easterly winds.