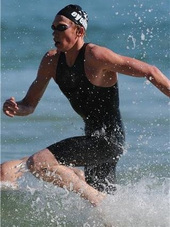 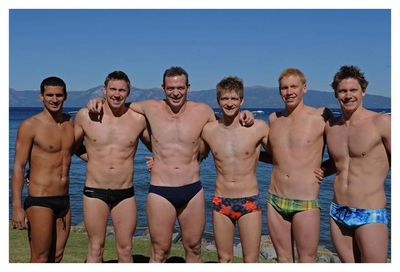 Codie Grimsey (born 19 May 1990) is a member of the Australian National Open Water Swimming Team. He is the brother of his fellow competitors Trent Grimsey and Ridge Grimsey. He won the 20th annual Flowers Sea Swim in the Cayman Islands in 2012.

He works on Grimsey’s Adult Swimfit together with his older brother Trent Grimsey and is the middle brother of the Brothers Grimsey open water swimming clan.

Born at Sunnybank hospital in Brisbane into a family of five, his parents enlisted him in a learn-to-swim program at just 6 months of age as a means of safety.

Having the persistence to always be improving. Inspired by Muhammad Ali, Steve Prefontaine and his parents.

The journey is what gives us happiness, not the destination - Dan Millman.