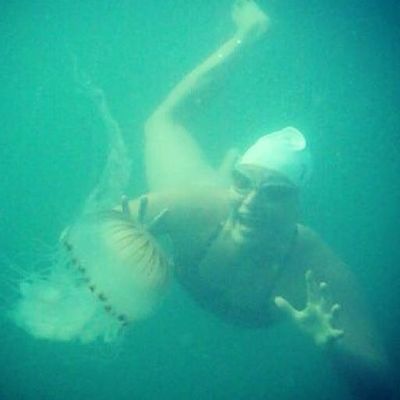 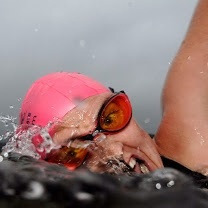 Colleen Mallon, a nominee for the 2014 World Open Water Swimming Woman of the Year

Colleen Mallon is an Irish pool and open water swimmer and triathlete from Camlough village, in Co. Armagh, Northern Ireland.

Colleen Mallon and her brother Pádraig Mallon launched Infinity Channel Swimming and Piloting Services in February 2015 where they offer North Channel crossings, open water swimming training camps and mind training as well as nutritional advice and piloting expertise for solo and relay crossings of the North Channel, Dál Riata, Isle Of Man and Irish Sea. Their open water swimming boot camp is 12-15 June 2015 in beautiful locations around Ireland where cold water acclimatization, nutritional advice, and support crew preparations will be detailed down to the last bit of Channel grease.

Mallon is nominated for the 2014 World Open Water Swimming Woman of the Year.

"Between her coaching competing from Australia to Ireland, Colleen Mallon experienced another busy year as is the norm with those with the Mallon DNA. The fast-stroking (80 spm) endurance athlete was always steady, from motivating those athletes with whom she trains to her turbulent North Channel swim where she was swimming right on the edge with Force 5 winds and 3-meter waves. Never complaining, never questioning, Mallon is a greatly appreciated personality in the open water world, always rising to meet the challenges just as the rest of her illustrious family does. For her 9 hour 56 minute North Channel crossing, for her humble, calm personality that exudes confidence with a sense of adventure, for her competitiveness in ocean swims Down Under to Half Ironman triathlons, for her volunteer crewing in channels and the Camlough Lake Water Festival, for her motivational coaching of junior swimmers, Colleen Mallon is a worthy nominee for the 2014 World Open Water Swimming Woman of the Year.''