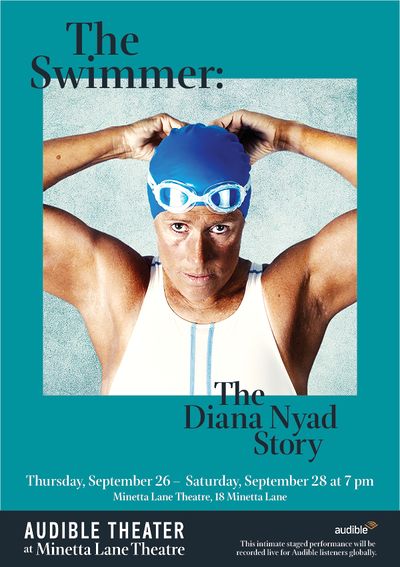 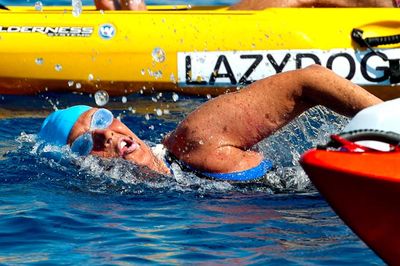 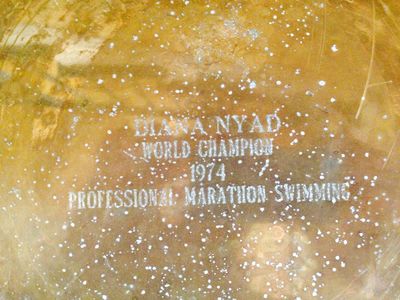 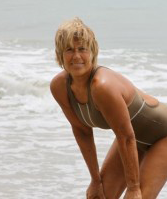 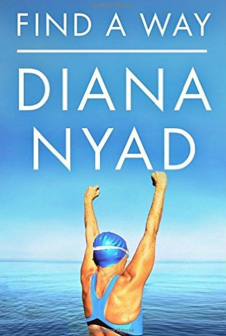 Find A Way, a memoir by Diana Nyad 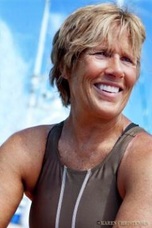 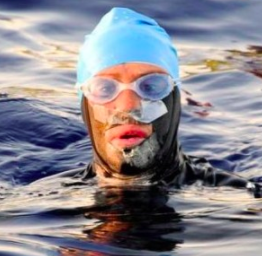 Diana Nyad in her stinger suit on her fourth attempt from Cuba to Florida. Photo by Christi Barli.

The feature-length film Nyad is based on her autobiography Find a Way and will star 4-time Academy Award-nominated Annette Bening.

Nyad formerly hosted a weekly five-minute radio piece on sports for KCRW called 'The Score' (heard during KCRW's broadcast of NPR's "All Things Considered"), as well as for the Marketplace radio program. She also formerly hosted the public radio program "The Savvy Traveler" and was a sports broadcaster for National Public Radio, ABC's Wide World of Sports, Fox Sports, and The New York Times. 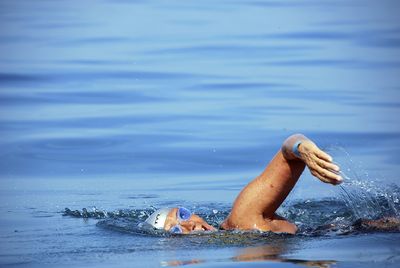 Diana Nyad swimming in the Straits of Florida. Photo by Christi Barli

Since the late 1970s, it was Nyad's Xtreme Dream to swim from Havana, Cuba to Key West, Florida.

Nyad first attempted to swim from Havana to Key West in 1978, at age 28, aided by a shark cage. After 42 hours, she was pulled from the water by team personnel.

Nyad attempted the swim again approximately six weeks later. This time, she was pulled from the water after 37 hours due to jellyfish stings and strong cross-currents.

Nyad was nominated for the 2011 World Open Water Swimming Woman of the Year for her two attempts at swimming 103 miles from Cuba to Florida across the Straits of Florida at the age of 62 where she was ravaged by Box jellyfish.

Her claims are widely contested within the marathon swimming community, and have yet to be independently verified by any swimming organization.

In an extensive discussion many questions were raised by the members of the Marathon Swimmers Forum discussion about feeding, currents, timing, observers and assistance. These included analysis of the swim time and speeds which indicated a faster than world record pace occurring over thirty hours into the swim.

A "review panel" teleconference populated by many well-known individual marathon swimmers and the members of the Diana Nyad team was held just over a week after the claimed end date of the swim, where many issues were discussed. When questioned about the lack of qualified observers, despite decades in the sport, Ms. Nyad said that she was unaware of the requirements. The speed was explained by navigator John Bartlett as an irregular current that runs counter to the normal south-west to north-east flow of the Florida Strait currents and of which there is no other record and no satellite record during the time period of the swim. Diana Nyad asserted no knowledge of pre-swim offers of assistance in setting up a Cuba to Florida swim association by IMSHOF member and honor administrator Ned Denison. Others who were on the same circulation confirmed receipt. Other issues were also discussed.

No public statement from the Review Panel was issued. Some individual panel members, all experienced marathon swimmers, have given a range of opinions from support to dismissal of her swim and claims. During the review panel repeated statements were made that actual hard data including charts and Observer's Logs would be subsequently released. No such disclosure of any supporting data or documentation has yet been made despite claims to the contrary by Diana Nyad or team members. The documentary The Other Shore, released within weeks of the swim, does not contain any footage from during the claimed successful swim.

Repeatedly since the swim, Diana Nyad has claimed a world record without any clarification of what record is being claimed and the lack of any Awarding Organisation. Two people have previously done assisted swims from Cuba to Florida and lack of any awarding organisation. In a marathonswimmers.org vote on the simple matter of Assisted or Unassisted members of the Marathon Swimmers Forum overwhelmingly voted in favor of Assisted. This would make Diana Nyad neither the first or fastest Assisted (not marathon) Cuba to Florida swimmer. No vote was held on the question of the legitimacy of her swim.

In a reddit.com AMA interview in January of 2014, Diana Nyad has continued to claim a world record and untruthfully asserted that she and her team answered all panel questions.

Most of the questions raised by experienced marathon swimmers worldwide remain unanswered is a claim by the Marathon Swimmers Federation. As of 2019, the swim has not been ratified or authenticated by the Marathon Swimmers Federation, but it has been long recognized since 2 September 2013 by the World Open Water Swimming Association that wrote the rules of the attempts and approved the onboard observers. 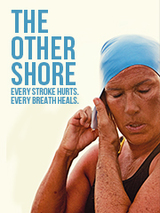 The Other Shore, a documentary film of Diana Nyad's quest to cross the Straits of Florida from Cuba to Florida, directed by Timothy Wheeler

The Other Shore is a film about Nyad's attempts across the Straits of Florida. Created by Timothy Wheeler, The Other Shore follows Nyad as she comes out of a 35-year retirement to re-attempt an elusive dream: swimming 103 miles non-stop from Cuba to Florida without the use of a shark cage. Her past and present collide in her obsession with a feat that nobody has ever accomplished. At the edge of The Devil's Triangle, tropical storms, sharks, venomous jellyfish, and one of the strongest ocean currents in the world, all prove to be life-threatening realities. Timothy Wheeler's documentary brings Nyad's extraordinary adventure to life as she sets out to prove that will and determination are all you need to make the unimaginable possible.

When asked her motivation for the Xtreme Dream, Diana explained, "Because I'd like to prove to the other 60-year-olds that it is never too late to start your dreams."

Nyad’s second attempt to complete this swim has gained the attention of thousands of supporters, including the official sponsorship by Secret Deodorant, which has created an entire social platform on Facebook for fans to share encouraging messages and support.

Charismatic and colorful. Engaging and eloquent. Persistent and popular. There are many adjectives to describe the well-known swimmer who has been attempting to swim from Cuba to Florida since 1978, but her love of the challenge and a deeply felt commitment to living her dream are in her DNA. While her attempts are reported widely in the press, it is her long hours of training that form the basis of her athleticism. Her inner drive to swim 5, 10, 15, and 20+ non-stop hours – repeatedly – as a 63-year-old enables her to keep her dream alive. Outside the swimming community, she is able to explain open water swimming and all its challenge in an educational and entertaining manner to the public. The popular motivation speaker wows non-swimming audiences with the allure of her Cuba Swim, the esoteric world of open water swimming, and its relationship to their own life goals. For her uncanny ability to connect with millions of non-swimmers, for her ability to live large, step on the accelerator and continue to seek her dreams at an age where most are slowing down, Diana Nyad is a worthy nominee for the 2012 WOWSA Open Water Swimmer of the Year.

Nyad was also nominated for the 2013 World Open Water Swimming Woman of the Year.

Few people in the world fail at something four times, and try again. Even fewer people fail at something for 35 years, and keep trying. But Diana Nyad kept her athletic dream alive for decades and finally achieved it at the age of 64. The charismatic media magnet and a former professional marathon swimmer from the 1970s dreamed, plotted, planned, and willed her way across 110 miles in the Straits of Florida from Cuba to Florida. 52 hours after swimming from shore to shore, her Xtreme Dream was finally realized. Faced with non-believers even among her team, she dramatically demonstrated why it is important to never give up on a dream no matter what your age. For her patience, for her belief in herself and her team, and for her relentless pursuit of a lifetime goal in the face of widespread doubt, Diana Nyad is a worthy nominee for the 2013 World Open Water Swimming Woman of the Year.

Find A Way by Diana Nyad
Diana Nyad wrote her memoirs about her tenacious 52 hour 54 minute swim from Havana, Cuba to the shores of Florida across the Gulf Stream and the Straits of Florida. Although her Cuba swim is the focus of the 304-page book, all kinds of lifetime experiences and recollections keep readers engaged throughout. Her eloquence comes through loud and clear as readers can derive a number of inspirational messages on how they can reach their own shores – no matter what the age or goals of the reader. For triumphantly completing her dream to dramatically swim from Cuba to Florida at the age of 64, for sharing her difficult, multi-decade path to realize this dream and infusing her story with all kinds of heart-felt advice, and for always encouraging and showing others how to chase their dreams no matter what their age, Diana Nyad’s Find A Way is a worthy nominee for the 2015 World Open Water Swimming Offering of the Year.

Nyad talks about The Walk.

How to Swim from Cuba to Florida

How to Swim from Cuba to Florida is a documentary film by Thiago Da Costa and Timothy Wheeler:

Dancing With The Stars

Nyad danced with Henry Byalikov on the 18th season of Dancing With The Stars.

The Swimmer: The Diana Nyad Story

She wrote and starred in a stage show at the Audible Theater in the Minetta Lane Theater in New York City on 26-28 September 2019 called The Swimmer: The Diana Nyad Story.