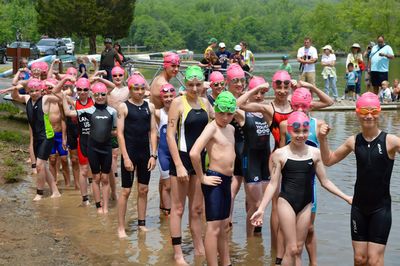 Each series racer will receive a goody bag, a race cap, and a post race BBQ Social.

USAT's guidelines for use of wetsuits. Anything below 78ºF will be wetsuit legal and above 78º will be non-wetsuit. Anyone who wishes to wear a wetsuit above 78ºF will simply compete as an unofficial racer.