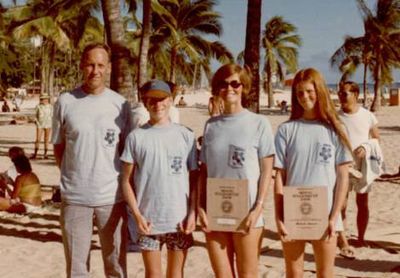 The sport of Ironman triathlon is one of a series of long-distance triathlon races organized by the World Triathlon Corporation (WTC) consisting of a 2.4-mile (3.86 km) swim, a 112-mile (180.25 km) bike and a marathon 42.195-kilometer (26.219 mi) run, raced in that order. Most Ironman triathlons have a time limit of 17 hours to complete the race, where the Ironman race starts at 7:00 AM, the mandatory swim cut off for the 2.4-mile (3.9 km) open water swim is 2 hours 20 minutes, the bike cut off time is 5:30 PM, and all finishers must complete their marathon by midnight.

The name Ironman Triathlon refers to both the original Ironman triathlon and the annual Ironman World Championship. Also called Ironman Hawaii, the world championships of the event, held annually in Hawaii since 1978 (with an additional race in 1982), are now preceded by a series of qualifying events. Ironman Triathlon became known for its grueling length, harsh race conditions, and television coverage.

Ironman is different from the Ironman (surf lifesaving) version.

Ironman (surf lifesaving) was developed in 1964 in Australia by Valentine Trainor and combines the four main disciplines of surf lifesaving into a single race: ocean swimming, board paddling, ski paddling and running.

An Ice Ironman is an individual who has successfully completed both an Ice Mile and an Ironman triathlon.