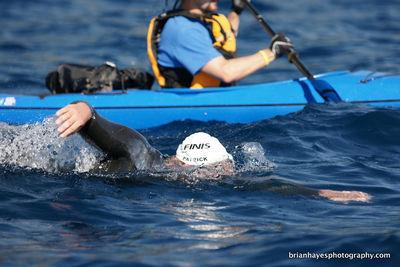 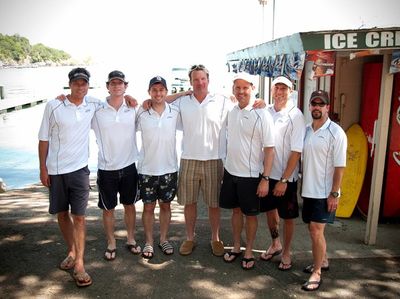 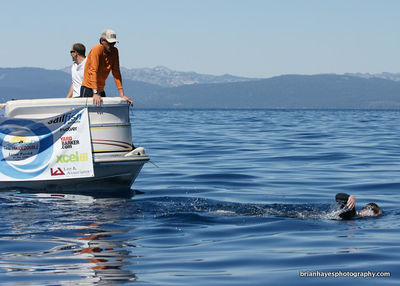 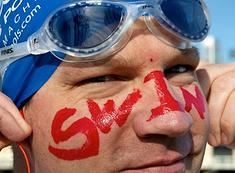 Jamie Patrick, a business leader, a family man and endurance athlete, completed an unprecedented 111-mile, 31-hour Swimming California charity swim in August 2011 down the Sacramento River in northern California. He was the 2011 World Open Water Swimming Man of the Year and the creator of the Adventure Swim Contest and host of Jamie's Swim Camp, Jamie’s Swim Camp III, The Lake Tahoe Edition and Swim Camp Catalina 2014. He is also one of the founding members of the Lake Tahoe Swimming Society and is co-organizing the Myrtle Huddleston Honorary Swim in Lake Tahoe, and organizes the Tahoe Rough Water Swim together with Paul Lundgren.

The Californian, who started swimming as a youngster, trained under renowned Olympic swimmers Matt Biondi and Tim Shaw, two of the greatest swimmers America has produced. Jamie shares their intensity for competition and for extending himself to reach his limits. He completed the first double-crossing of Lake Tahoe in 2010, done in a wetsuit.

His swims were subject of a documentary produced and broadcast by Universal / NBC. He also hosts the Jamie's Swim Camps in northern California. His 68-mile solo nonstop wetsuit adventure swim, called the Tahoe 360 scheduled for 31 August - 2 September 2012, will also be the subject of a feature documentary filmed by Mike Madden and produced by Lara Popyack.

He also completed a crossing of the Strait of Gibraltar in 3 hours 42 minutes together with Jen Schumacher, Oliver Wilkinson and Darren Miller on a 4-wide and will attempt a 90-mile (144.8 km) Great Lake Swim in August 2014 from Milwaukee, Wisconsin to Chicago, Illinois across Lake Michigan that will be broadcast live in its entirety.

He was recognized and honored at the 2012 Global Open Water Swimming Conference and the International Marathon Swimming Hall of Fame induction ceremonies on the RMS Queen Mary on 22 September 2012 in Long Beach, California as the 2011 World Open Water Swimming Man of the Year.

Patrick was named to the 2014 list of the World's 50 Most Adventurous Open Water Men determined by the World Open Water Swimming Association. The honorees are presented alphabetically by their last name.

by Jamie Patrick of Adventure Swimmer Productions in association with Sea Nymph Films shows Sarah Thomas' unprecedented 81.8-mile (131.6 km) crossing of Lake Powell along the Arizona-Utah border in the western USA on 4-6 October 2016 in 56 hours 5 minutes