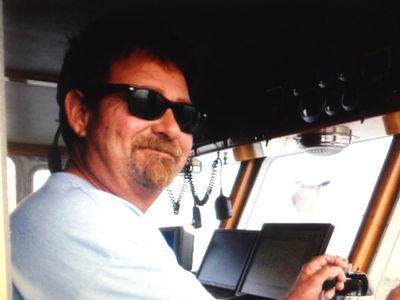 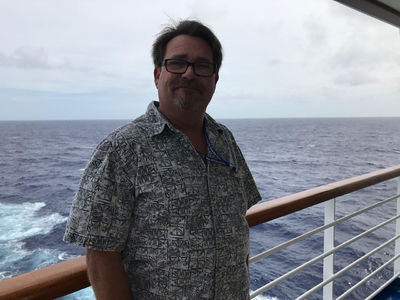 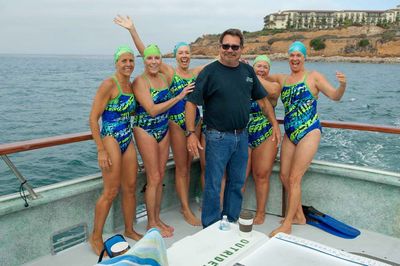 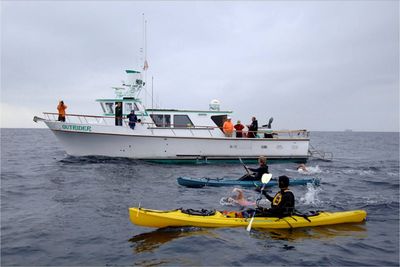 Catalina Channel swimmer escorted by John Pittman on the Outrider 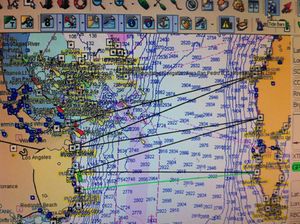 The captain of the Outrider has an enviable track record of success out in the Catalina Channel. Of his 41 bookings for channel swims in 2010, 29 attempts were made. Out of the 29 attempts, 20 swimmers completed their swim. In 2009, Captain Pittman and his crew escorted 18 swimmers under more typical conditions with 19 out of 20 making the crossing. "Judging from the amount of contacts we have already received, 2011 will most likely be our busiest season ever. I hope the conditions return to normal and our 2011 season results in each and every swim being a successful one."

After all these years taking swimmers and their support crew between Catalina Island and the Southern California mainland, Captain Pittman knows his throw pillows waters and the challenges it brings. "We ask that swimmers limit their support team to 10 people including themselves, their support crew and Catalina Channel Swimming Federation observers. We also offer a galley service that provides the swimmer's support team with hot meals, snacks and drinks. Its convenient and helps to eliminate the clutter of ice chests and bags of food aboard the boat. We also have a microwave, small refrigerator, hot water, ten bunks with blankets and pillows, hot showers and 110V electrical outlets for charging electronic equipment onboard."

On 14-15 July 2016, Captain Pittman escorted Old and Cold Relay, including Becky Margulies, Asha Allen, Dan Simonelli, Dave Van Mouwerik, Anthony McCarley, and Scott Zacharda for 28 hours 58 minutes over 108.2 km before the swim was called off by the boat owner as they were estimated to be 5 miles / 2 hours from their finish on Catalina Island.

John Pittman and his father Mickey Pittman were jointly selected as Honour Contributors (Pilots) in the Class of 2016 in the International Marathon Swimming Hall of Fame.