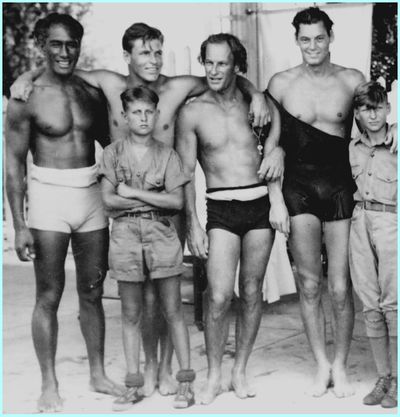 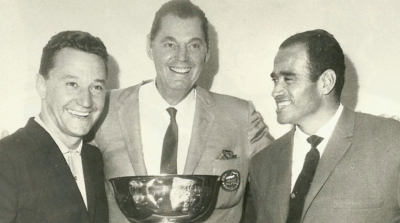 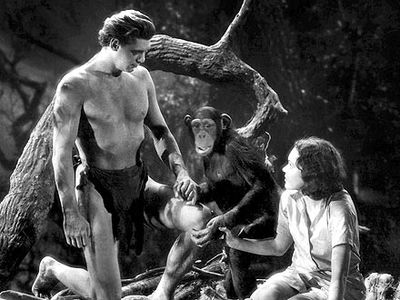 Tarzan, played by Johnny Weissmuller, with Cheetah and Jane 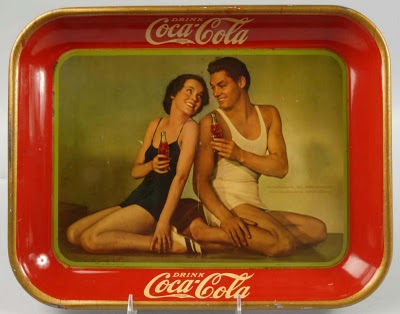 Johnny Weissmuller on a Coca-cola serving tray circa 1934 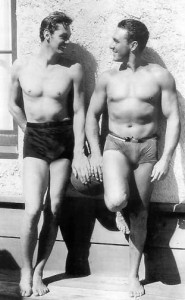