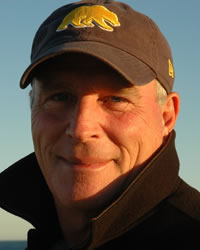 Milt Nelms is an internationally recognized authority in the area of swimming technique and athlete development. He is widely considered being on the cutting edge of a model for the future of competitive swimming. For years Coach Nelms has been dedicated to exploring faster and healthier swimming. He has been involved in all levels of swimming: teaching, coaching, and sport politics.

He has spoken around the world on swimming technique and swimming programming, including a number of coaches’ conferences for USA Swimming, held at the Olympic Training Centers at Colorado Springs and in Lake Placid. He has advised top coaches and swimmers, and athletes.

Coach Nelms has been a collaborator with Olympic team technical advisor Bill Boomer and 5-time head Olympic coach Richard Quick, having co-produced a series of videos called, “Championship Winning” produced by Championship Production. This series is one of the highest swimming video series sold.

He is married to Shane Gould.