Ned Denison is an inductee (Honor Administrator) in the International Marathon Swimming Hall of Fame, Class of 2012 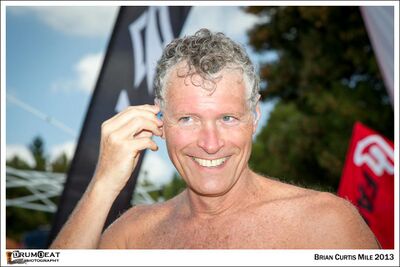 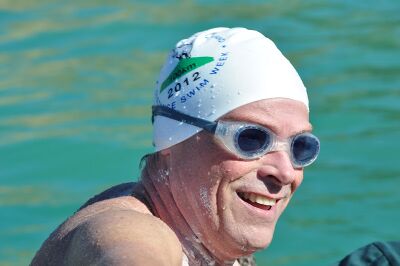 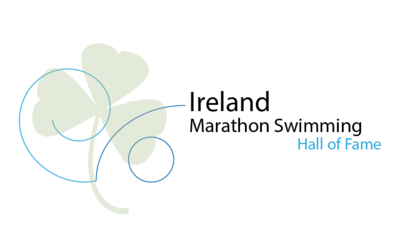 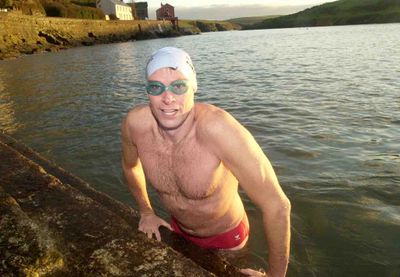 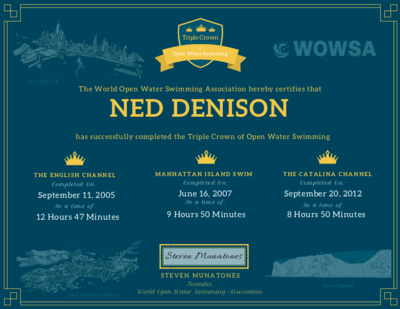 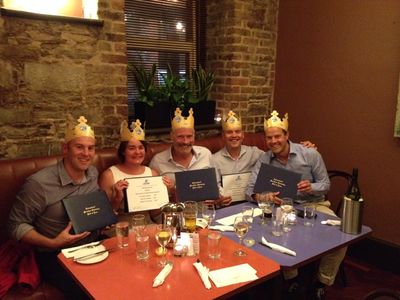 Ned Denison with his fellow Triple Crowners from Ireland 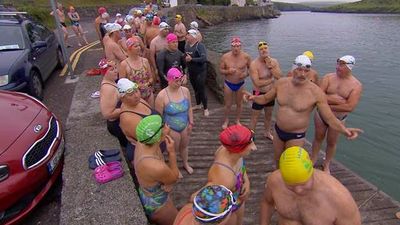 Ned Denison and channel swimmers on The Torture Swim in Cork, Ireland, produced by Alan Goldberg and hosted by Jeff Glor of 60 Minutes Sports 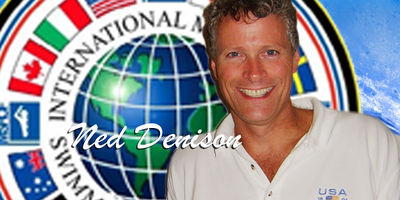 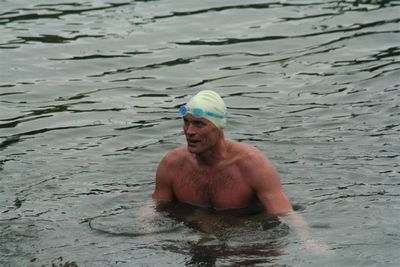 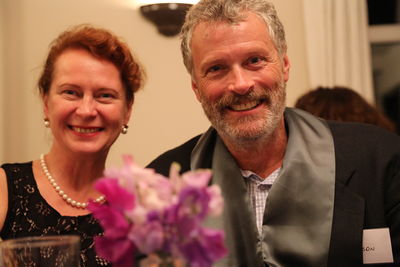 Ned Denison, an International Marathon Swimming Hall of Fame inductee with Mariia Yrjö-Koskinen, Chairperson of the International Winter Swimming Association at the 2014 Global Open Water Swimming Conference on the Isle of Bute, Scotland 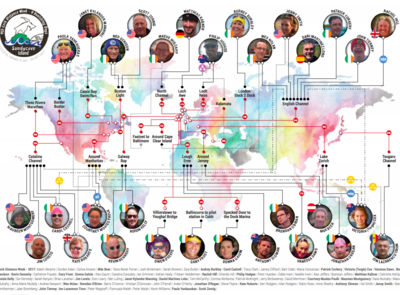 Philip Hodges created a summary of the open water swimming successes of the participants in the 2017 Cork Distance Week in Ireland, an event created by Ned Denison 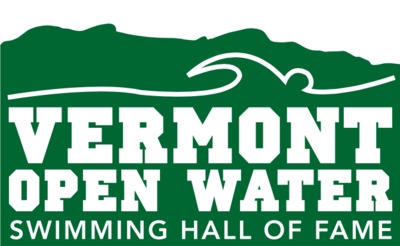 Ned Denison (born 21 November 1957) is a 63-year-old American-born, Ireland-residing, global-trotting open water swimmer, coach and administrator who was inducted in the International Marathon Swimming Hall of Fame as an Honor Contributor in the Class of 2012.

He coined the term Triple Break or the Triple Crown of Prison Island Swims that includes swim to/from/around Alcatraz Island in the USA, Spike Island in Ireland, and Robben Island in South Africa. He subsequently completed 13 different 'breaks'.

A founding member of the Santa Barbara Channel Swimming Association (2006 and on Board until 2012). Commenting on his Santa Barbara Channel swim: "I was absolutely taken in by the city and hosted in fine fashion by the other Board members, kayakers and three Honourees of the IMSHOF: Alison and Freda Streeter and David Yudovin. On the day the sun was fantastic and the playful seals and majestic manta rays were the best aquatic life I have ever seen on a swim."

Denison helps organise several of the longer swims in Ireland and leads the annual Cork Distance Week, which draws more than 80 swimmers each year. He is an excellent contact (ned.denison@corkopenwater.com) for swimmers looking to Europe and/or colder swim training.

Cork Distance Week was also the subject of a documentary television program called The Torture Swim by CBS 60 Minutes on Showtime with Jeff Glor, produced by Alan Goldberg. The Torture Swim was nominated for the 2014 WOWSA Awards' World Open Water Swimming Offering of the Year.

The Prison Island Swims were nominated for the 2016 World Open Water Swimming Offering of the Year.

He was nominated for the 2018 World Open Water Swimming Man of the Year by the World Open Water Swimming Association:
Ned Denison is an accomplished swimmer with Ice Miles and 47 marathons including the Triple Crown of Open Water Swimming, False Bay and the record holder in The Cold Half and S.C.A.R. Swim Challenge. But his influence is much greater and global as an administrator, visionary, motivator, coach and personable facilitator. His Cork Distance Week celebrated 10 years including nearly 100 attendees at The Triple Crown Dinner to celebrate 16 swimmers. He recognizes and honors swimmers around the world as the Chair of the International Marathon Swimming Hall of Fame. Growing internationally, he organized the last two induction dinners in London - with the first individuals honored from Sweden and South Africa and the second from China – leading to the first in Asia Pacific (Melbourne) in 2019. He communicates, he researches, he calls out safety issues, he recognizes heroes and heroines of the sport. For directing the limelight to both popular and relatively unknown luminaries in the ice swimming and marathon swimming communities, for bringing the open water swimming world together via news reports on social media augmented by a constant stream of communications, and for making everyone feel a part of a growing and more global network of like-minded swimmers, Ned Denison of Ireland/USA is a worthy nominee for the 2018 World Open Water Swimming Man of the Year.

Denison is named to the World's 50 Most Adventurous Open Water Men in 2017 (alphabetized by last name) by the World Open Water Swimming Association: