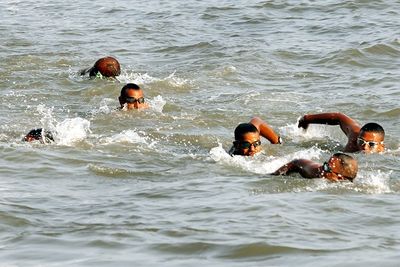 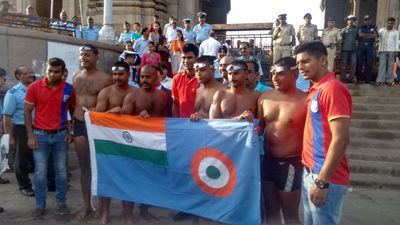 The swimmathon was extremely challenging as the sea conditions were rough and swim was against current, besides other challenges of marine life like jellyfish and a very high level of water pollution in Thane Creek. Two independent observers from the Maharashtra State Amateur Aquatic Association were on board an escort boat to observe and ratify the swimming record. Mumbai is a triangular shaped island surrounded on two sides by the Arabian Sea, while the third side is Thane Creek.

Singh participated in a 3-person, 35-day 2,800 km stage swim to promote Swachh Bharat Abhiyan (or Clean India Mission in English), called Ganga Avahan in the river Ganga from Devprayag to Gangasagar together with Sergeant Gullupilli Narahari and Sergeant Saripilli Srihari. The campaign was launched at the Defence Services Staff College in partnership with the Ministry of Urban Development. Lt. Gen. S.K. Gadeock and the Minister for Urban Development Venkaiah Naidu kicked off the stage swim that will begin on 8 October 2015.

Singh was named to the World's 50 Most Adventurous Open Water Men in 2017 (alphabetized by last name) by the World Open Water Swimming Association: