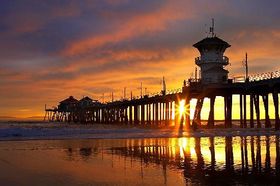 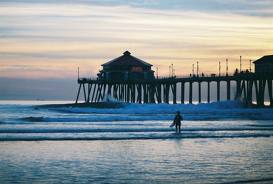 The Newport pier-to-pier swim is a charity swim for the local lifeguards.