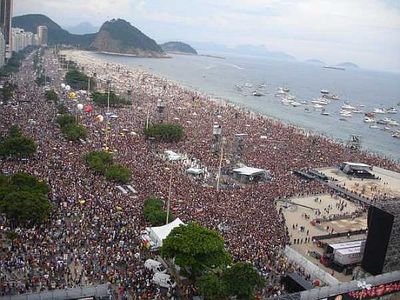 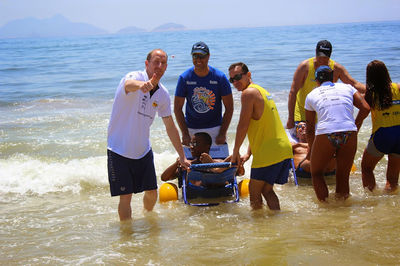 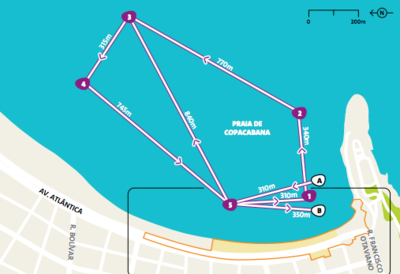 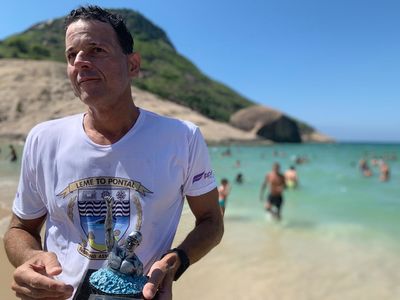 Rio de Janeiro (or commonly referred as Rio) is the capital city of the State of Rio de Janeiro, the second largest city of Brazil, and the third largest metropolitan area and agglomeration in South America, boasting approximately 6.3 million people within the city proper, making it the 6th largest in the Americas, and 26th in the world.

Rio de Janeiro has become a home of a World Heritage Site named "Rio de Janeiro: Carioca Landscapes between the Mountain and the Sea", as granted by UNESCO on 1 July 2012 in the category Cultural Landscape.

The city was the capital of Brazil for nearly two centuries, from 1763 to 1815 during the Portuguese colonial era, 1815 to 1821 as the capital of the United Kingdom of Portugal, Brazil and Algarves, and 1822 to 1960 as an independent nation. Rio is nicknamed the Cidade Maravilhosa or "Marvelous City".

Rio de Janeiro is the most visited city in the southern hemisphere and is known for its natural settings, carnival celebrations, samba, Bossa Nova, balneario beaches such as Barra da Tijuca, Copacabana, Ipanema, and Leblon. Some of the most famous landmarks in addition to the beaches include the giant statue of Christ the Redeemer ("Cristo Redentor") atop Corcovado mountain, named one of the New Seven Wonders of the World; Sugarloaf mountain (Pão de Açúcar) with its cable car; the Sambódromo, a permanent grandstand-lined parade avenue which is used during Carnival; and Maracanã Stadium, one of the world's largest football stadiums.

It is site of numerous marine sporting events including the Travessia dos Fortes and King and Queen of the Sea open water swims.

The 2016 Summer Olympics and the Paralympics will take place in Rio de Janeiro, which will mark the first time a South American, a Portuguese-speaking nation and a third Southern Hemisphere city hosts the event. Rio's Maracanã Stadium also hold the final of the 1950 FIFA World Cup which Brazil's first streak to host and will host again the final match of the 2014 FIFA World Cup. Rio de Janeiro will also host World Youth Day in 2013 and the Olympic 10K Marathon Swim and the Olympic triathlon on Copacabana Beach at the 2016 Summer Olympic Games.

In the modern Olympic Games, the early swimming events were also held in open bodies of water that included the following:

RIO The Film Review by WOWSA

A great film, a must see. Watching a 60-year-old man swim non-stop for hours on end has never been more dramatic or profound. Lucas Rivet produced a sensational hit with his 33-minute documentary film RIO. Cameras above, below and on escort boats boats directed by Pablo Perez Fiedler and Diego Suárez capture Anthony McCarley at his strongest and at his most vulnerable during the 36 km Travessia do Leme ao Pontal and the 39.7 km crossing attempt of Río de la Plata between Argentina and Uruguay. With music and sound effects that pulsate throughout the film, McCarley shares his philosophical well-earned wisdom in a touching one-on-one relationship with the viewer. As the film fluctuates rhythmically between success and failure, teamwork and solitude, joy and fear, sunrise and sunset, McCarley constantly dispenses valuable life advice based on his own experiences and uncommon adventures in the oceans and rivers of the world. Rivet has spun inspirational messages that come from the heart of a modern-day hero. His camerawork fills the screen with immensely powerful images that showcase the strength of a humble adventurer. See it, RIO.