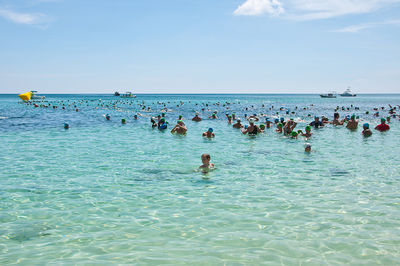 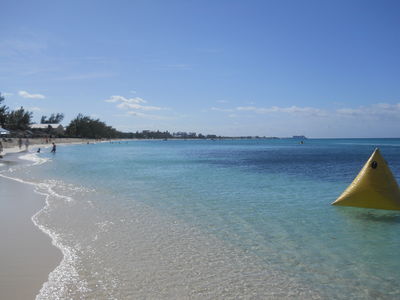 Seven Mile Beach is a long crescent of coral-sand beach on the western shore of Grand Cayman Island in the Cayman Islands. It is site to numerous open water swims including the Flowers Sea Swim and various other sea swims organized by the Cayman Islands Amateur Swimming Association.

Seven Mile Beach is world renowned for its beauty, safety and ease of swimming. It received the honor of "The Caribbean's Best Beach" from Caribbean Travel and Life Magazine. It is the most popular and most developed area of Grand Cayman and home to the majority of the island's luxury resorts, hotels and villas.

Despite the name, the beach is about 5.5 miles (8.9 kilometers) long and falls victim to annual erosion, which has reduced its size in some areas.

Directly to the south of Seven Mile Beach is George Town, the capital city of the Cayman Islands, while to the north is the district of West Bay, which features a turtle farm and the limestone formations of Hell.