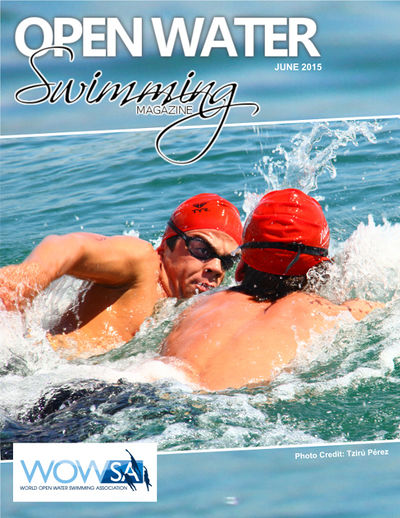 Tzirú Pérez is the photographer for the Cruce Aguas Abiertas Golfo Dulce, a three-race open water swimming competition held in Puerto Jimenez, Golfo Dulce on the Pacific Ocean side of Costa Rica. The race distances include a 1.5 km and a 5 km open water swim and a 14 km marathon swim, organized by Joe Bernini.

Golfo Dulce is a gulf in Costa Rica, located at the South of the Province of Puntarenas. The inlet starts on the Pacific Ocean side of Costa Rica and extends slightly northward before turning west. The bay separates the Osa Peninsula from the mainland Costa Rica. In the northeast part of the gulf is the Piedras Blancas National Park (former Corcovado National Park extension), with its 14,000 hectares (35,000 acres) of protected rainforest as well as an important marine area to protect the needlefish.