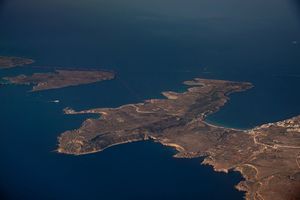 The Birkirkara St Joseph Sports Club is Malta ’s leading multi-sports Club. Founded in 1975, the Club’s sporting activities an Club teams participate in amateur football, darts, table-tennis, athletics, cycling, swimming and triathlon. Football has been around for the Club’s whole life span, but it was triathlon that really put the Club on the local and international sporting scene.

Engaging a professional British coach at the end of 1994 for a number of years, Birkirkirkara St. Joseph Sports Club embarked on a wide programme which lead to its winning the National Triathlon Championship for a consecutive number of years, producing Malta ’s top triathletes in the process. Considering the genre of sport triathlon is, this is surely a very enviable feat, which will take a long time to surpass.

Birkirkara St. Joseph Sports Club does not only cater for top or elite athletes. Within its ranks there are members who come from all walks of life.

The Club organizes the Red Bull Triathlon Series of Races, a 5K Road Running Series, and an open water swim series of open sea swims. Its long distance swimming team swam around the whole Maltese archipelago (twice around Malta but excluding the island of Filfla due to Maltese Maritime Law).

The Birkirkara St Joseph Sports Club manages 6 coastal swims, 5 of which are 2 km and one 4 km. These swims are held between June and August and serve as qualifiers for the Malta-Gozo-Malta Open Water Swimming Competition.

The Birkirkara St Joseph Sports Club also sponsors and organizes the Malta-Gozo-Malta Open Water Swimming Competition in Malta, an archipelago situated in the Mediterranean Sea south of the coast of Sicily, Italy. The 2-race event is a channel swim between the main island Malta and its sister island Gozo that passes by the small picturesque island of Comino on the east. There are two distances: a one-way crossing of 5.5 km and a two-way crossing of 11 km, usually the third Saturday of August.

It is one of the World's Top 100 Open Water Swims.